It’s hard to pinpoint the best movie-hair moment. In the 100-plus years of film, audiences have seen dozens of amazing hairstyles — from vintage looks like Holly Golightly in Breakfast at Tiffany’s and sci-fi ‘dos like Leeloo in The Fifth Element to more recent flicks like Anastasia Steele’s wispy bangs in the Fifty Shades of Grey franchise.

And though it’s impossible for us to pick one iconic hair moment, we’ve been able to narrow it down to 20 looks that will go down in movie-hair history. Whether you’re looking for a ‘do to cosplay or simply want some inspo for your own everyday style, these big-screen hair moments are worth watching, even if their movies aren’t.

May Day in ‘A View to Kill’ 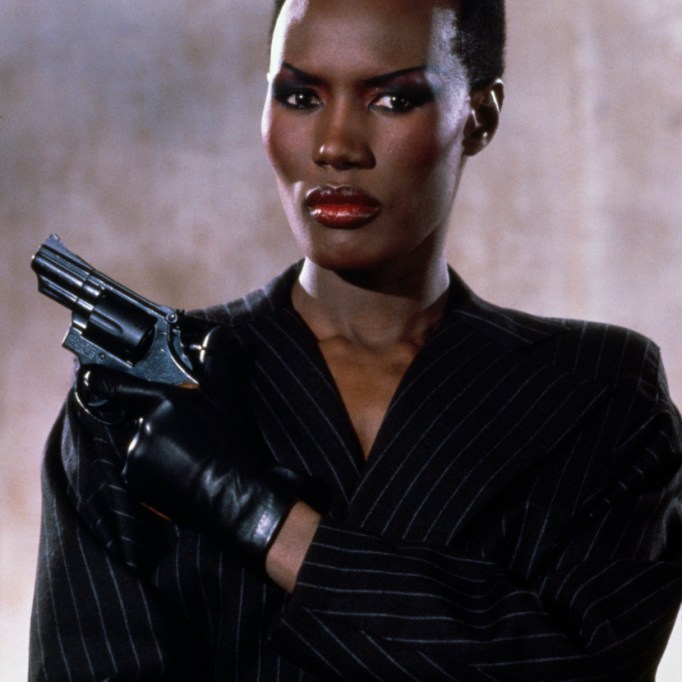 When Grace Jones made her James Bond debut as May Day in 1985’s A View to Kill, we immediately knew she was a boss. Her flattop with cropped sides was already iconic. Add in a bold lip and a gun, and her look was movie historymaking.

Margot Tenenbaum in ‘The Royal Tenenbaums’ 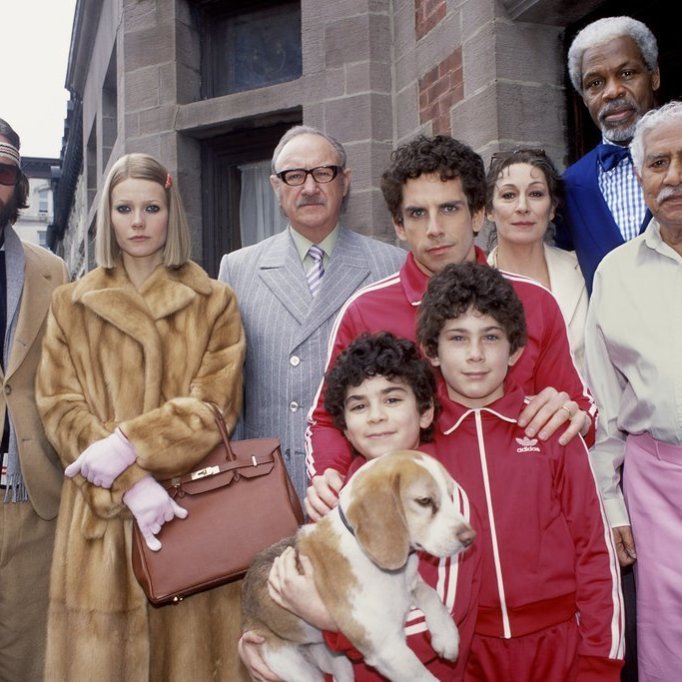 What’s not to love about Margot Tenenbaum’s (Gwyneth Paltrow) bob in 2001’s The Royal Tenenbaums? Not only was the cut bone-straight and Anna Wintour-esque, but it also featured a now-iconic hair clip.

Leeloo in ‘The Fifth Element’ 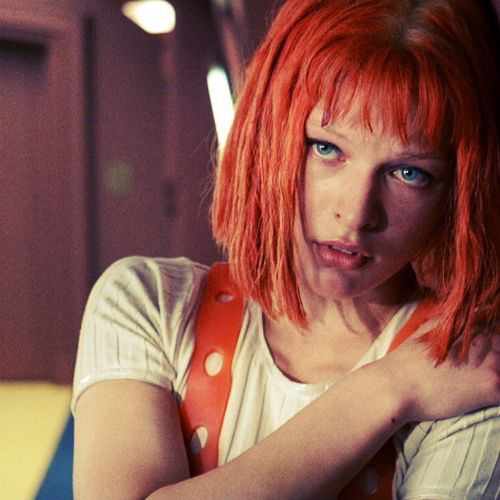 Not a day goes by that someone doesn’t cosplay as Leeloo, played by Milla Jovovich, in 1997’s The Fifth Element? But can we blame them? Since she made her on-screen debut, the character’s bright-orange bob with shaggy bangs has been a part of movie history.

Rachel Marron in ‘The Bodyguard’ 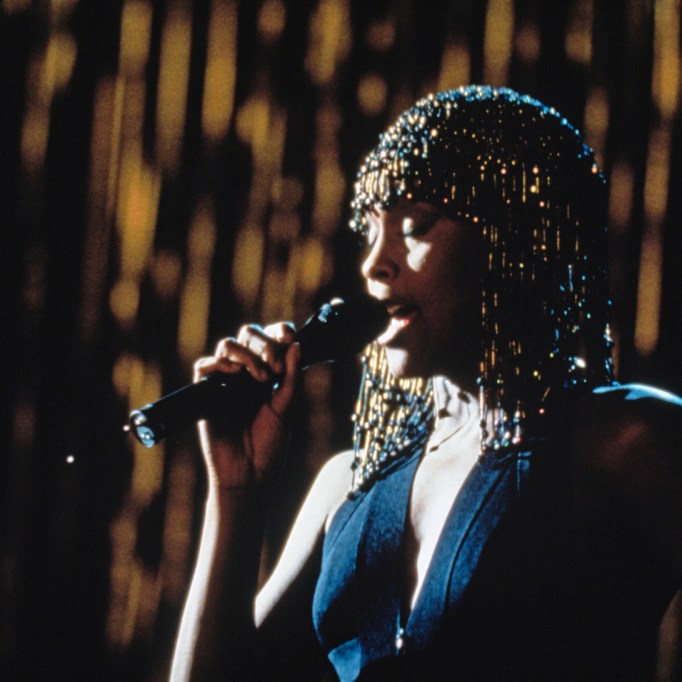 Whitney Houston’s “I Will Always Love You” isn’t the only icon from 1992’s The Bodyguard. The singer’s hair was also noteworthy, especially in the scene in which her character, Rachel Marron, sings the song in a gold Cleopatra-esque wig.

Morticia Addams in ‘The Addams Family’ 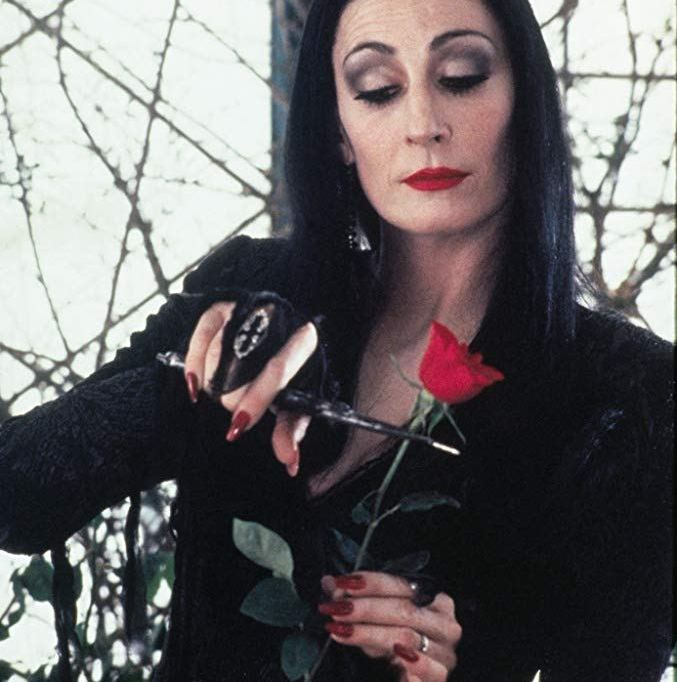 What is 1991’s The Addams Family without its matriarch, Morticia, played by Anjelica Huston? But something worth remembering as much as Huston’s performance is Morticia’s long, bone-straight black hair. 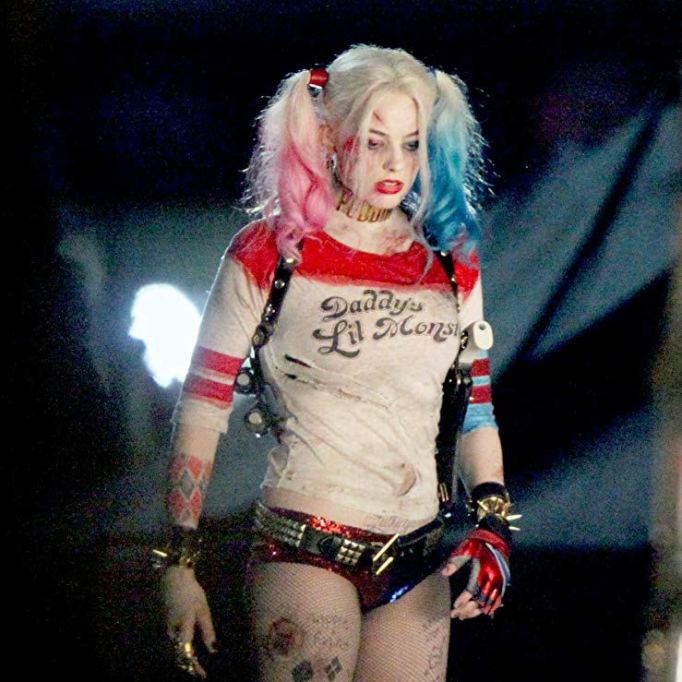 Ever since Margot Robbie starred as Harley Quinn in 2016’s Suicide Squad, fans have been cosplaying her look. In addition to Harley’s baseball bat and ripped tights, the character is also known for her colorful hair (white-blond with blue ends on one side and red ends on the other), which she wears in two pigtails with subtle bangs. 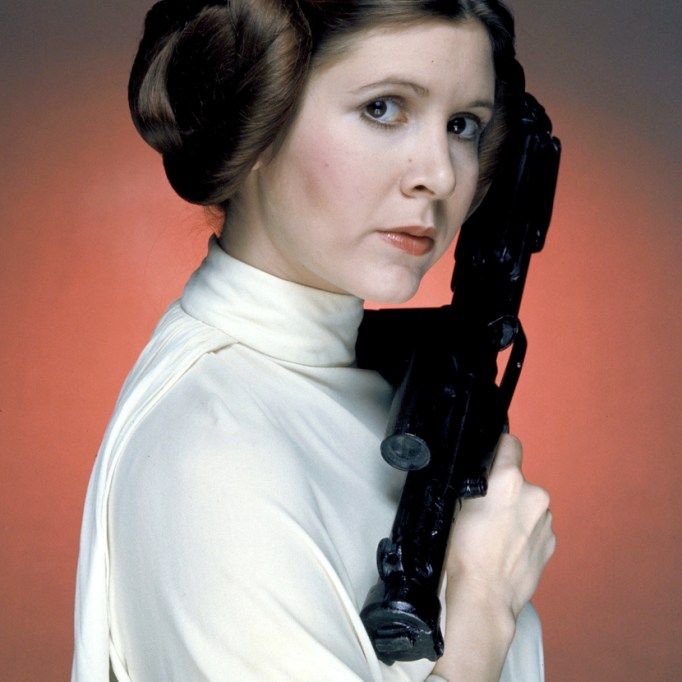 No movie-hair story is complete without Princess Leia’s buns in 1977’s Star Wars. Ever since Carrie Fisher made her debut with the hairstyle — two tightly wound buns on either side of her head — we haven’t been able to think of the character with any other look. 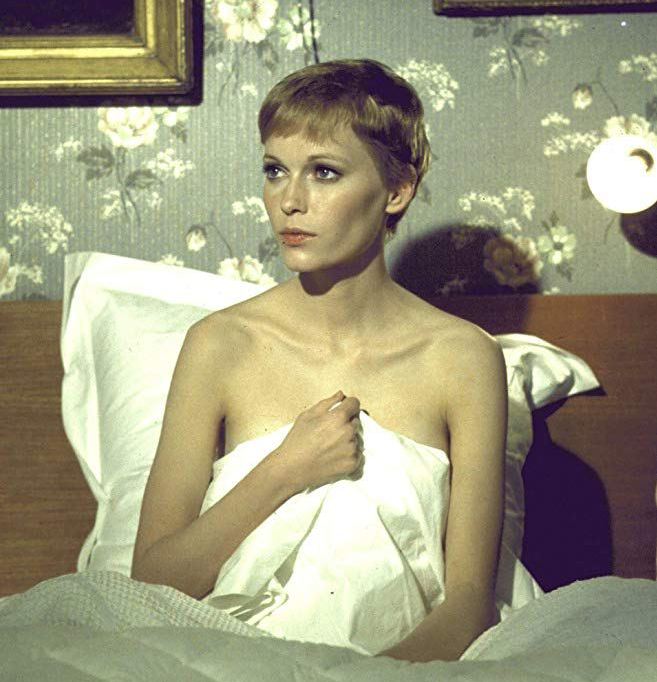 As spooky as 1968’s Rosemary’s Baby is, something that makes it easier to watch is Mia Farrow’s blond pixie cut. The short and neat cut is almost identical to the one Michelle Williams wears now. (Do we suspect a remake?) 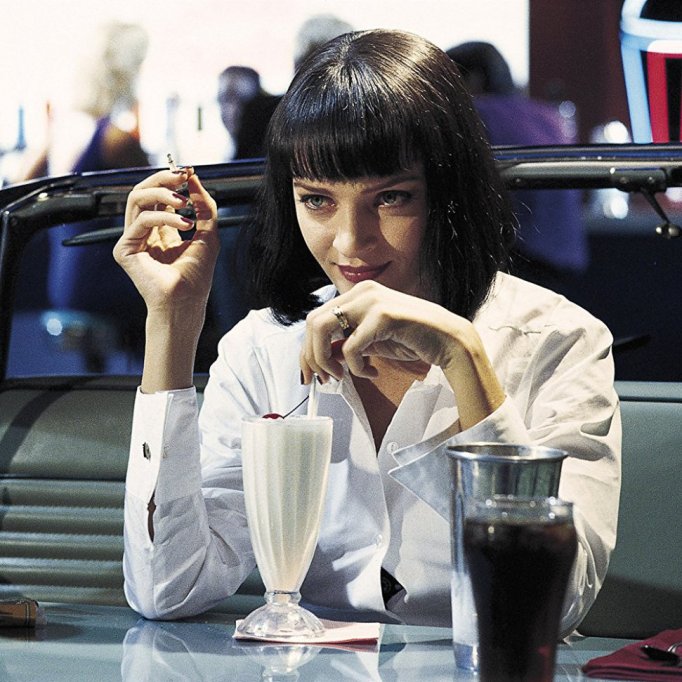 Uma Thurman’s hair became an instant icon when she starred as Mia Wallace in 1994’s Pulp Fiction. There’s so much to love: the jet-black color! The bangs! The sharp bob! 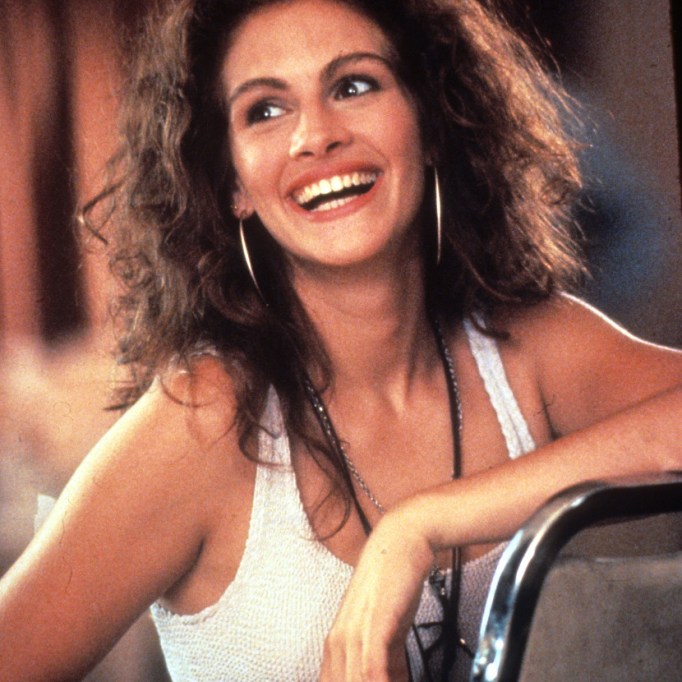 1990’s Pretty Woman will forever be a part of movie history — and so will Julia Roberts’ curly red hair. The full and voluminous mane, worn by Roberts’ character, Vivian Ward, is as easy to fall in love with as Richard Gere. 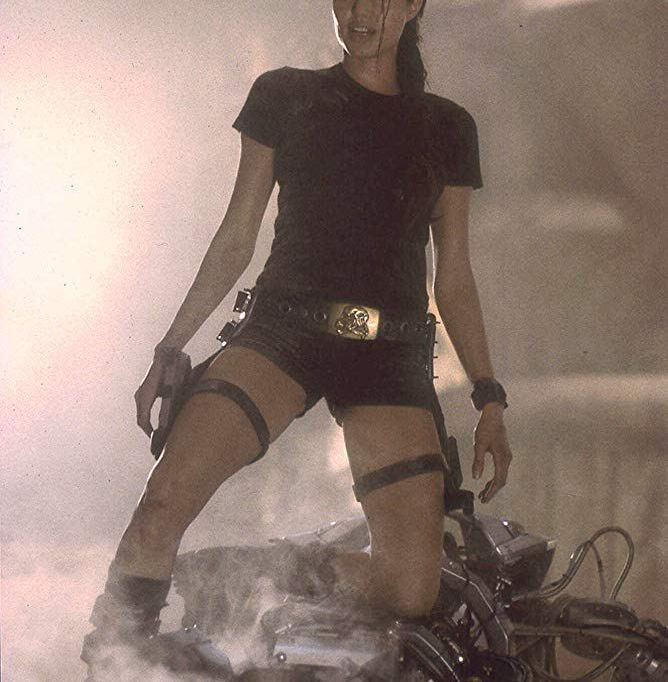 Angelina Jolie’s long, braided ponytail in 2001’s Lara Croft: Tomb Raider is the definition of badass. To complete the pony, Jolie’s character, Lara Croft, finished it off with two sweaty strands down the center of her face. 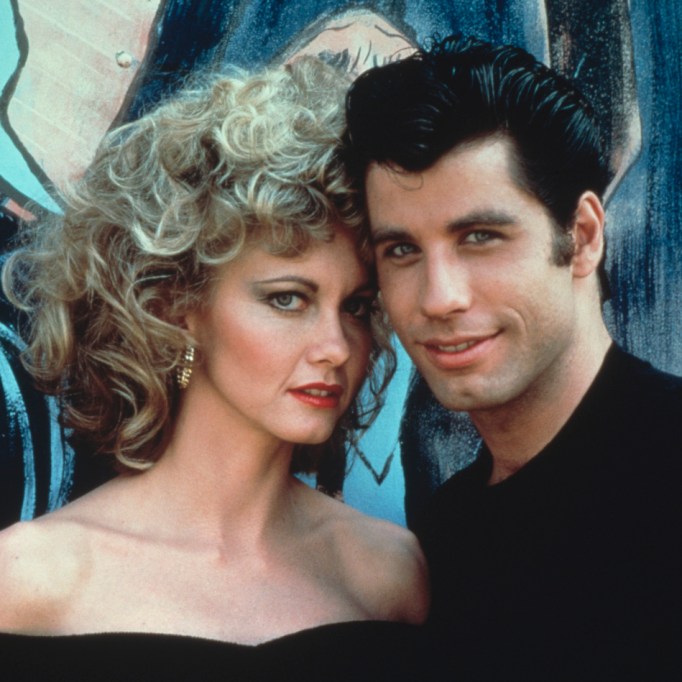 There are two hair icons in 1978’s Grease: Danny Zuko’s greased-up quiff and Sandy Olsson’s curly blond hair at the end of the movie. To make matters easy, we’re concentrating on Sandy’s (played by Olivia Newton-John) curly ‘do. But that doesn’t mean Danny’s quiff doesn’t deserve an accolade too. 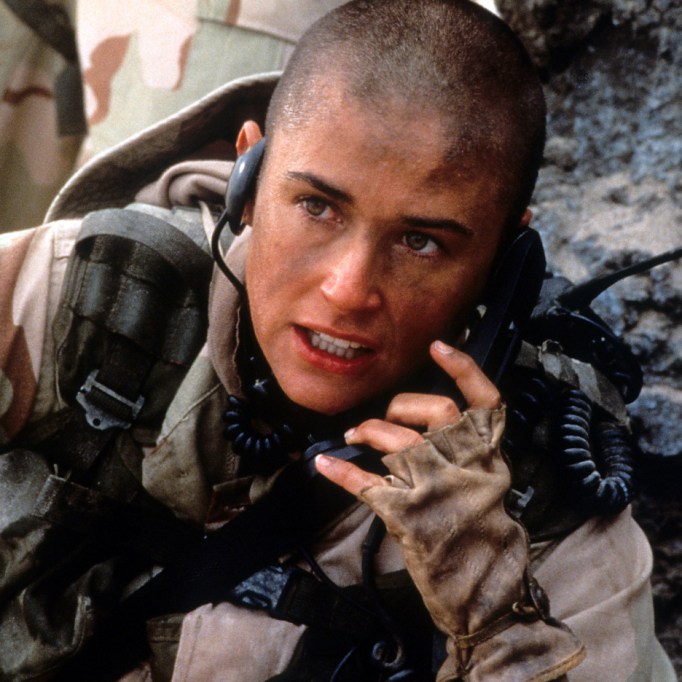 When Demi Moore made her debut as Jordan O’Neil in 1997’s G.I. Jane, all we could think about was her buzz cut. The cut, which played an integral part in the film, is simply iconic. 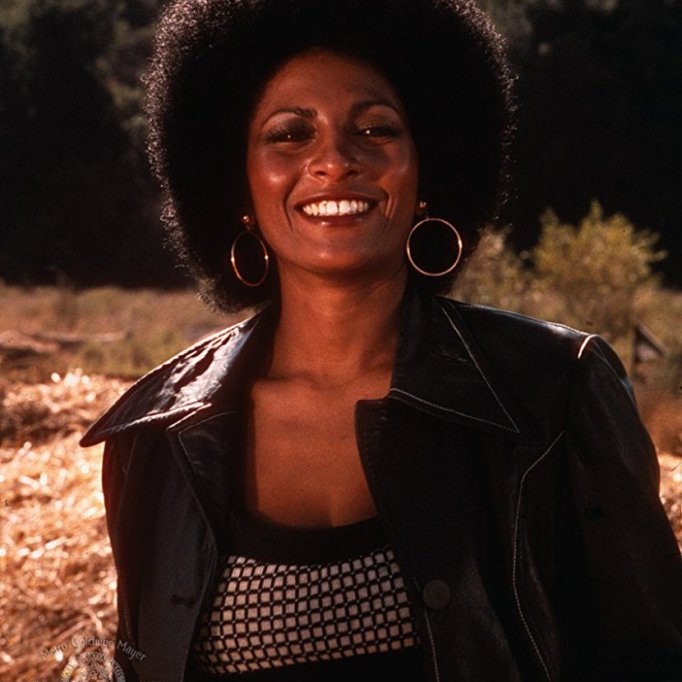 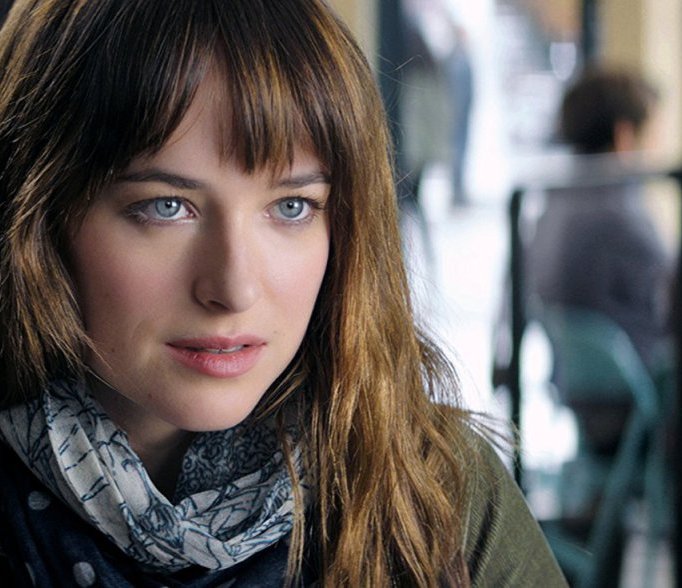 Though Anastasia Steele’s hair might not be the first thing that comes to mind when one thinks of 2015’s Fifty Shades of Grey, it’s definitely something we thought of. The cut is the definition of wispy, with light layers and effortless bangs — perfect for Dakota Johnson’s many sex scenes. 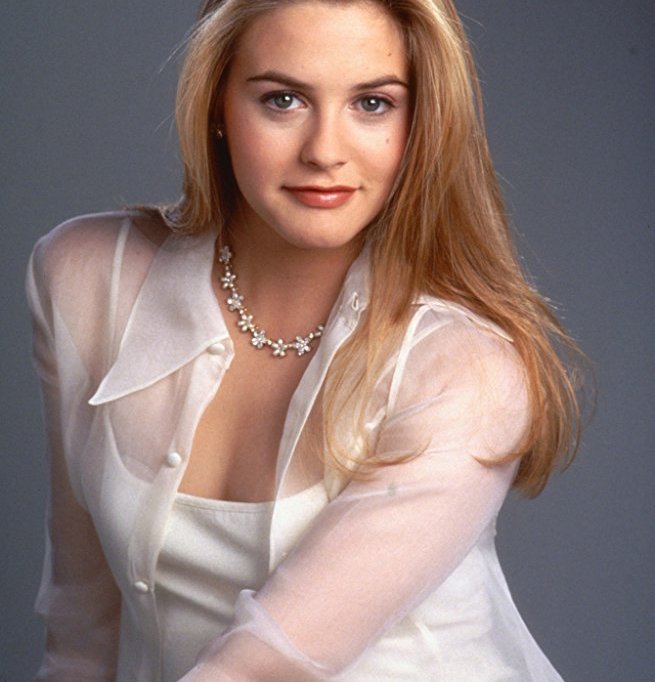 There’s no doubt the fashion in 1995’s Clueless is the main star, but there’s also a lot to love about Cher Horowitz’s (played by Alicia Silverstone) tousled blond hair. Every time Cher pushed her silk-smooth hair back, our hearts skipped a beat.

Holly Golightly in ‘Breakfast at Tiffany’s’ 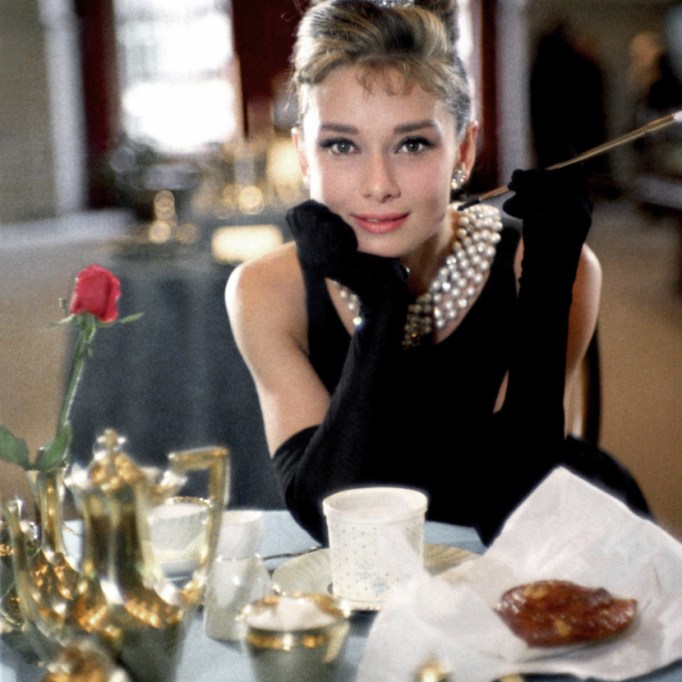 1961’s Breakfast at Tiffany’s is one of Hollywood most iconic films, and that’s in no small part due to Holly Golightly’s (played by Audrey Hepburn) glam. The character is mainly known for her royal updo, complete, of course, with a diamond-studded tiara. 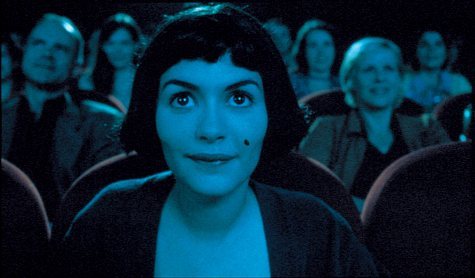 Bobs have been one of the most common haircuts in the past two decades, but there’s something about Audrey Tautou’s in 2002’s Amélie that seemed fresh. Perhaps it was its jet-black color or the small break in the hair at the bangs. Whatever it was, we’re fans.

Storm in ‘X-Men: The Last Stand’ 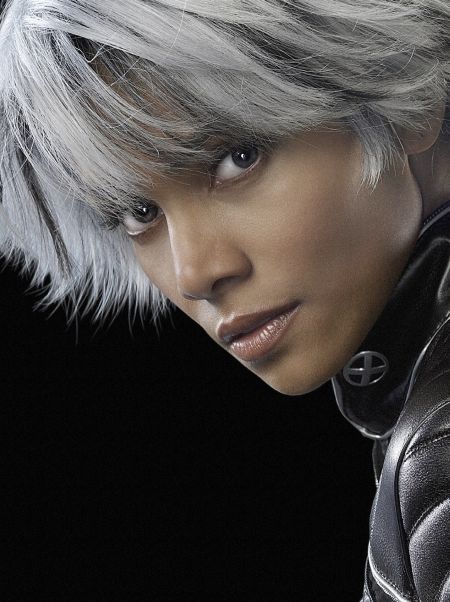 Halle Berry’s Storm has seen several memorable hairstyles over the years, from her bleached pixie to her long white hair. But none of them were as iconic as her shaggy bob from 2006’s X-Men: The Last Stand. 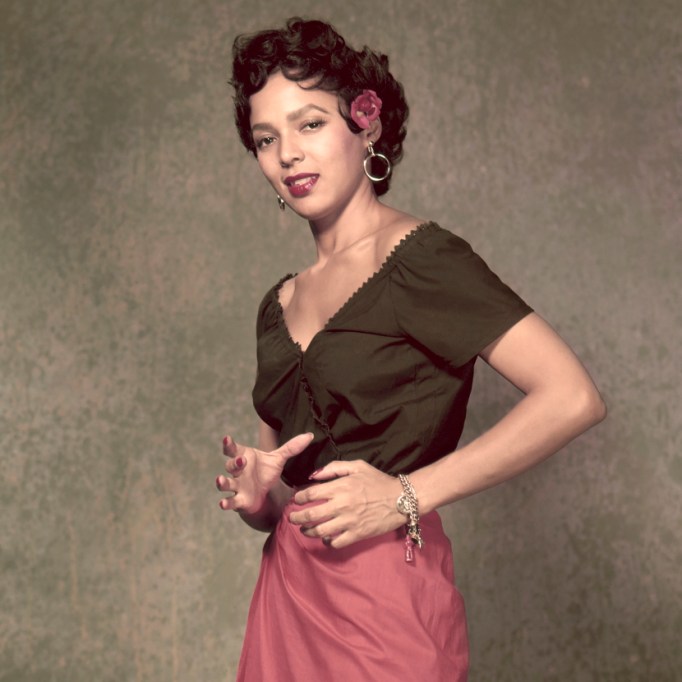 In addition to becoming the first Black actor nominated for an Oscar in 1955, Dorothy Dandridge’s turn as Carmen Jones in 1954’s Carmen Jones is also iconic for her hair. The character’s short wavy hairstyle was accented with a red rose tucked behind her ear.