Hadid took to Instagram Stories to detail the process of her gingery new hair color. The first photo she shared showed the dye being applied: 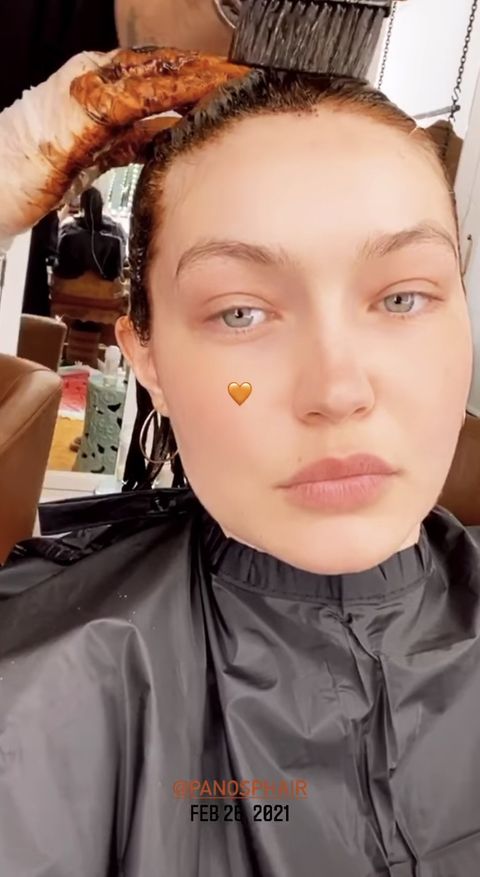 Then Hadid showed off the glossy, gorgeous end result. “She is dedicated to everyone responsible for The Queen’s Gambit,” she wrote. 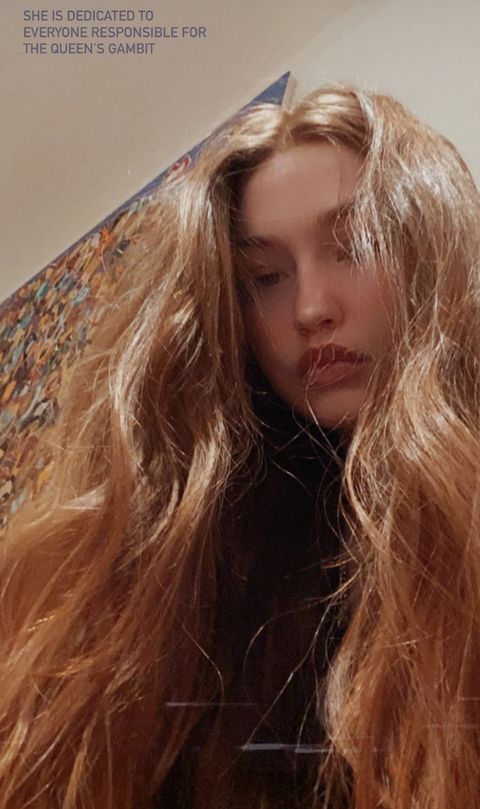 The final shot gave fans the best look yet at the vibrant new red shade, even while pulled into a ponytail with a gray scrunchie. Hadid added a flame and chili pepper emoji. 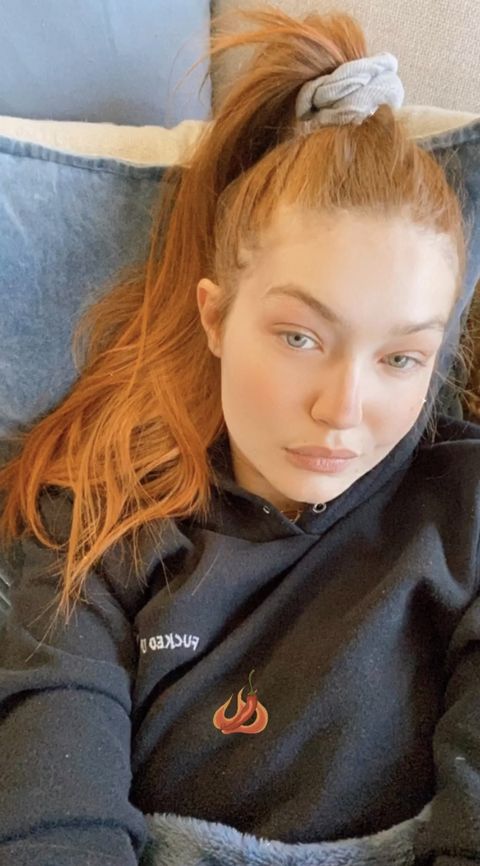 It’s been six months since Hadid gave birth to her daughter Khai with singer Zayn Malik, the couple’s first. Hadid has kept her hair long throughout her pregnancy, with sister Bella even remarking on social media at the stunning length of Gigi’s natural hair. Though she’s been back to work modeling for months, today’s show marks the first time she’s been back on the runway since having Khai. A new hair color is the perfect way to mark an important new era.

Hadid is certainly not the only Queen’s Gambit fan to dye their hair after binging the series. However, Taylor-Joy’s character did wear a wig throughout the duration of filming (the actress is blonde in real life). In the book the show is based on, Beth’s character isn’t a redhead at all, but rather has brown hair. “To me, she was always a feisty redhead,” Daniel Parker, the show’s hair and makeup artist, told Vogue. “The funny thing is that when I met the director, Scott, and said, ‘There is one thing: I think she should be a redhead.’ He said, ‘Absolutely, I agree.’ Then I met Anya and I said, ‘What do you think about Beth being a redhead?’ And she said, ‘What do you mean? Of course she’s a redhead.’ It was quite unusual. Sometimes, you have to fight for these things.”