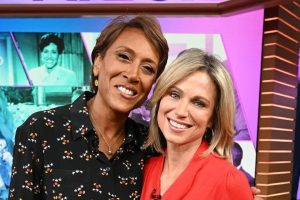 ABC News correspondent Maggie Rulli has shared the wonderful news she is expecting her first baby – and had the help of Good Morning America’s Robin Roberts and Amy Robach to make the announcement.

The foreign correspondent, 35, revealed to viewers on Wednesday that she and husband Morgan Blake are expecting their first baby together.

While reporting live from the new Marvel Avengers Campus at Disneyland Paris, GMA anchor George Stephanopoulos asked about her “good news” to which Maggie replied: “I figured what better place to share happy news than from the happiest place on earth?

“I am thrilled to let you all know that my husband and I are expecting our first child.”

“You saw this kid dancing with me out there, so they’re an Avengers fan already, I swear by it,” she added.

Robin and Amy were both seen cheering as she made the announcement, with Robin adding: “Congratulations we’re so happy for you.” 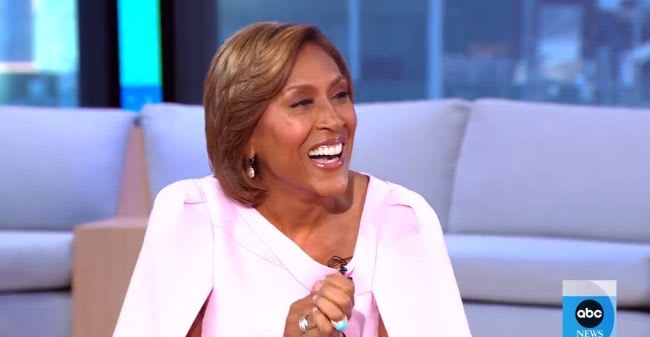 Robin was over the moon

Maggie and her husband married in September 2017 after being engaged for over six year.

They live in London where Maggie is based and covers European events for the show including Wimbledon and the recent Queen’s Platinum Jubilee.

The GMA team has been growing recently, with the network confirming its newest TV anchor in a statement introducing Janai Norman. 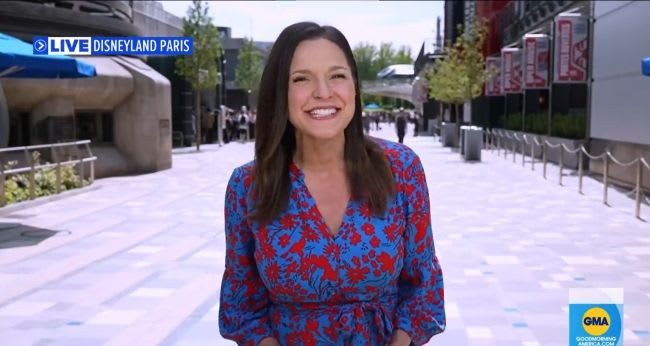 Maggie is expecting her first baby

The ABC journalist will join the ranks of Amy, George, Robin, Michael Strahan,Ginger Zee and Lara Spencer as a co-host on the popular show.

Janai is joining the weekend team, meaning she’ll take a seat alongside Whit Johnson and Eva Pilgrim and replace Dan Harris who left in 2021 after 21 years. The weekday crew will remain the same, but Janai will bring some fresh talent to Saturday and Sunday.