How To Replicate Rihanna’s Makeup Routine 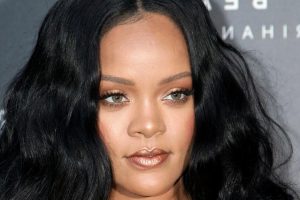 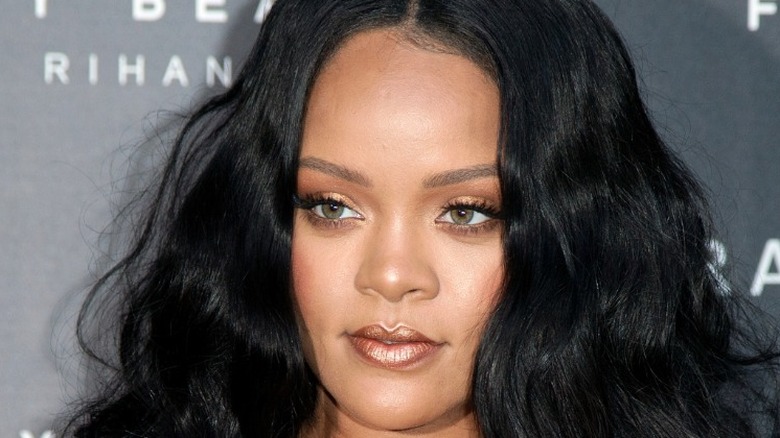 We all know what Rihanna (born Robyn Rihanna Fenty on February 20, 1988) means to the world of music. The Barbadian singer-songwriter, who is regarded as one of the best-selling artists of all time (via Billboard), has put out dozens of hits and won numerous awards for her songs, including nine Grammy Awards and several Billboard Music Awards, according to the Grammy’s website and IMDb.

The 33-year-old mogul is also a model, actress, and highly successful businesswoman, particularly in the realms of fashion and beauty. She has also released numerous fragrances and has ownership in streaming service Tidal (per The Guardian). Her most lucrative business ventures, however, include Fenty, FentyxSavage, and Fenty Beauty.

Fenty Beauty, especially, has had a strong impact on the makeup industry, challenging Euro-centric views of beauty and changing how cosmetics lines approach diversity, according to Vogue. And while many of us could probably never dress up like Rihanna (as we might be just a few bucks short, and oh yeah, also lacking the personal phone numbers of some of the world’s leading fashion designers), we could definitely replicate the style icon’s daily makeup routine, which mostly includes Fenty Beauty products. Hey, for some of us, this is even more fun!

Get these products to replicate Rihanna's day-to-day makeup look 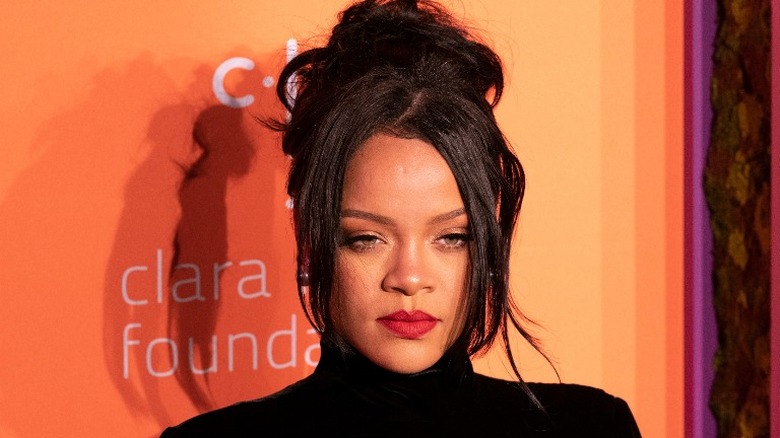 For her day-to-day activities (which likely includes hanging out with her man A$AP Rocky and NOT Drake), Rihanna likes to keep her makeup routine fairly basic (per a Fenty Skin YouTube video). The songstress began her routine in the video by cleansing her skin with the Fenty Skin TOTAL CLEANS’R Remove-It-All Cleanser ($25). She followed that up with the Fenty Skin Fat Water Pore-Refining Toner Serum  ($28), which is vegan-friendly! Her next step included using just a pea-size amount of the Fenty Skin Hydra Vizor Invisible Moisturizer Broad Spectrum SPF 30 Sunscreen ($35) — a double-acting lotion that both nourishes and protects skin against sun damage.

Once her skin was primed for makeup, the model applied the PRO FILT’R Soft Matte Longwear Foundation ($36). She then added a bit of the PRO FILT’R Instant Retouch Concealer ($26) around her eyes. RiRi continued by adding some warmth to her forehead and cheekbones with the SUN STALK’R Instant Warmth Bronzer ($30) and then contoured her nose with the Match Stix Contour Skinstick ($26). Her cheeks were next up as she added some of the Cheeks Out Freestyle Cream Blush ($20). She also defined her brows using the Brow MVP Ultra Fine Brow Pencil & Styler ($20) before adding some of the Full Frontal Volume, Life & Curl Mascara ($24) on her lashes. She finished off by adding some of the Slip Shine Sheer Shiny Lipstick ($22) over her famous pout.

So there you have it. Get over to the Fenty Beauty website or your nearest Sephora to splurge on all of Rihanna’s go-to products.