I've Spent Years Obsessing Over My Hairline Scar, but the Pandemic Finally Changed My Perspective 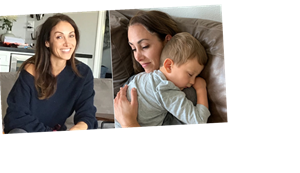 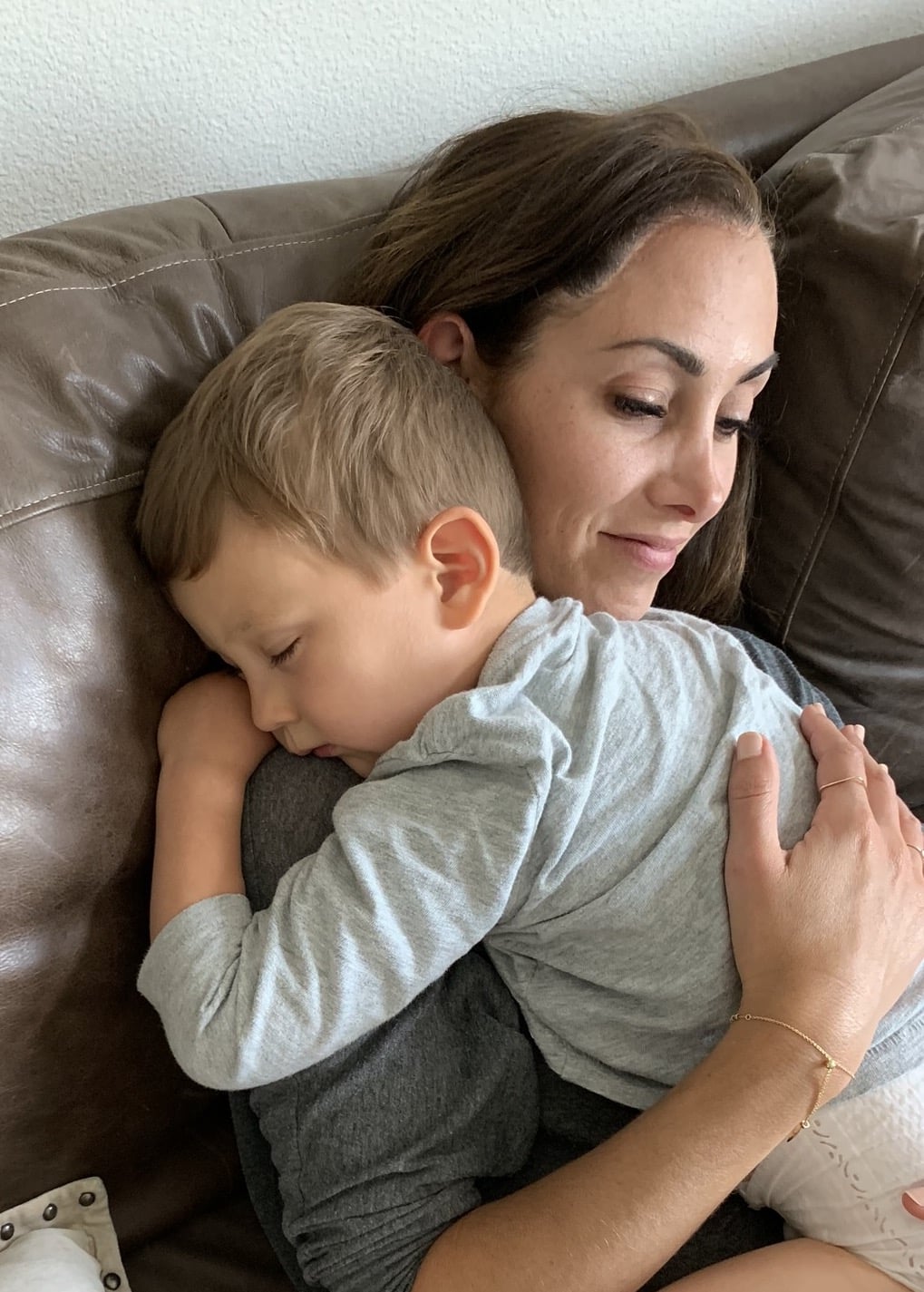 Since I was 15, I’ve had a scar that runs the length of my hairline on the right side of my face. It starts at the midline of my forehead and goes down to about two inches above my right ear, at which point it scoops up like a letter J. Its provenance is a combination of a cancerous brain tumor and several reconstructive surgeries, and that story is for another essay, but the point is: I have spent the last 20 years obsessively covering that scar. I have used wigs, hats, headbands, and a very specific way that I comb and style my hair, then tuck it behind my right ear so the scar is covered.

If there was a strong wind and I was walking outside, my hand would automatically go to the hair above my scar, holding it down. Adrenaline would course through my body, my mind racing that someone would see it and be revolted by me. If it rained, I would think about how my hair was going to get frizzy and therefore be less effective at covering the scar. I’ve practiced yoga for 16 years and worn a headband to every class. Back when my husband and I were dating, I actually made it his job to tell me anytime my scar was showing.

At times, I wished I had a mark that was impossible to hide. That way I wouldn’t have a choice — my scar would always be visible and people would have to accept me the way I am or not. I wouldn’t be able to hide in my cowardice. Secretly, I have always preferred the way I feel and look when my scar is uncovered. Me with my scar out is my authentic, unapologetic self, and isn’t that the best version of everyone? Still, my fear of rejection was deep-seated. When given a choice, of course I would choose vanity. I spent most of my teen years enduring painful reconstructive surgeries and procedures, doing everything possible to just look like everyone else. Why would I give that up?

Every morning as I got ready for my day, I would look in the mirror and there wasn’t even a question of showing the scar. I truly thought I would offend people if they saw it, like it was too hideous for public consumption, especially juxtaposed with the way I presented myself and how I look at first glance. Once you start covering something like that, you can’t just stop. There are still specific circumstances where I simply won’t show my scar because I’ve been hiding for too long. It would require a conversation about my cancer or, worse, people would not ask where it came from but talk about me after the fact, wondering what happened. Yes, I do know that I’m putting too much emphasis on what others think and also assuming other people are focused on me — which they aren’t.

I should stop here to caveat that I’m very aware that A) I am extremely lucky to be alive and B) many other people live and thrive with more extreme physical differences than I do. I don’t judge anyone else for the way they look, but I am my harshest critic. This knowledge doesn’t stop my lizard brain, my inner adolescent from these harmful thought patterns. Until recently.

After I had my first child, I allowed myself some leeway. If a strong wind blew and I was holding my baby and therefore couldn’t reach up to fix my hair, I figured people who saw could cut me some slack — I was a harried new mom and had better things to do than meticulously tend to my appearance, right?

In the weeks and months after my second child was born, I stopped trying to fix my hair before friends came over to see him. This act itself was wildly subversive at the time, but I was in the throes of postpartum depression and just could not bring myself to care. But soon after I started “caring” again, that scar was back under wraps. All those exposures never happened.

Fast forward to 2020 and the pandemic. There was something about being home all the time — having no reason to do my hair, ever — and getting into a survival mindset (especially those first few weeks) that forced me to reevaluate my priorities. I came to the realization, even after surviving cancer and countless hardships in my life and the lives of those around me, that this insecurity isn’t worth my energy. The mental load I carried and the constantly simmering anxiety around the scar were too much when faced with everything else going on in the world. I had to give it up.

I slowly stopped covering my scar around the few people I did see and then stopped covering it up all the time. I’ve done previously unthinkable things, like grocery shopping or going to my son’s school with my scar out for all to see. Even if I could easily throw on a hat, I don’t. Wearing a headband and a face mask at the same time is tricky to manage. To date, no one has recoiled in horror or stopped being friendly. Occasionally, I notice some lingering looks toward the top right of my face, but I haven’t been outright rejected. I’ve had the opportunity to share my story with one or two friends. I was even at an outdoor restaurant with a friend I hadn’t seen in a year, and when the wind blew, I didn’t fix my hair.

I’ll probably still cover my scar in professional and certain social settings, for now. But if there has been one element of personal growth for me during this pandemic, it’s been that I don’t want to give my mental space to this fear anymore. I’ve given myself permission to be (even more) imperfect. Maybe one day I can even be proud of my scar and what it represents. But for now, if I can live with myself the way I am, that’s enough.

END_OF_DOCUMENT_TOKEN_TO_BE_REPLACED

END_OF_DOCUMENT_TOKEN_TO_BE_REPLACED
We and our partners use cookies on this site to improve our service, perform analytics, personalize advertising, measure advertising performance, and remember website preferences.Ok