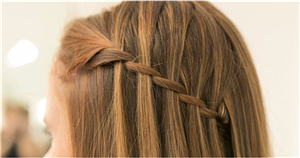 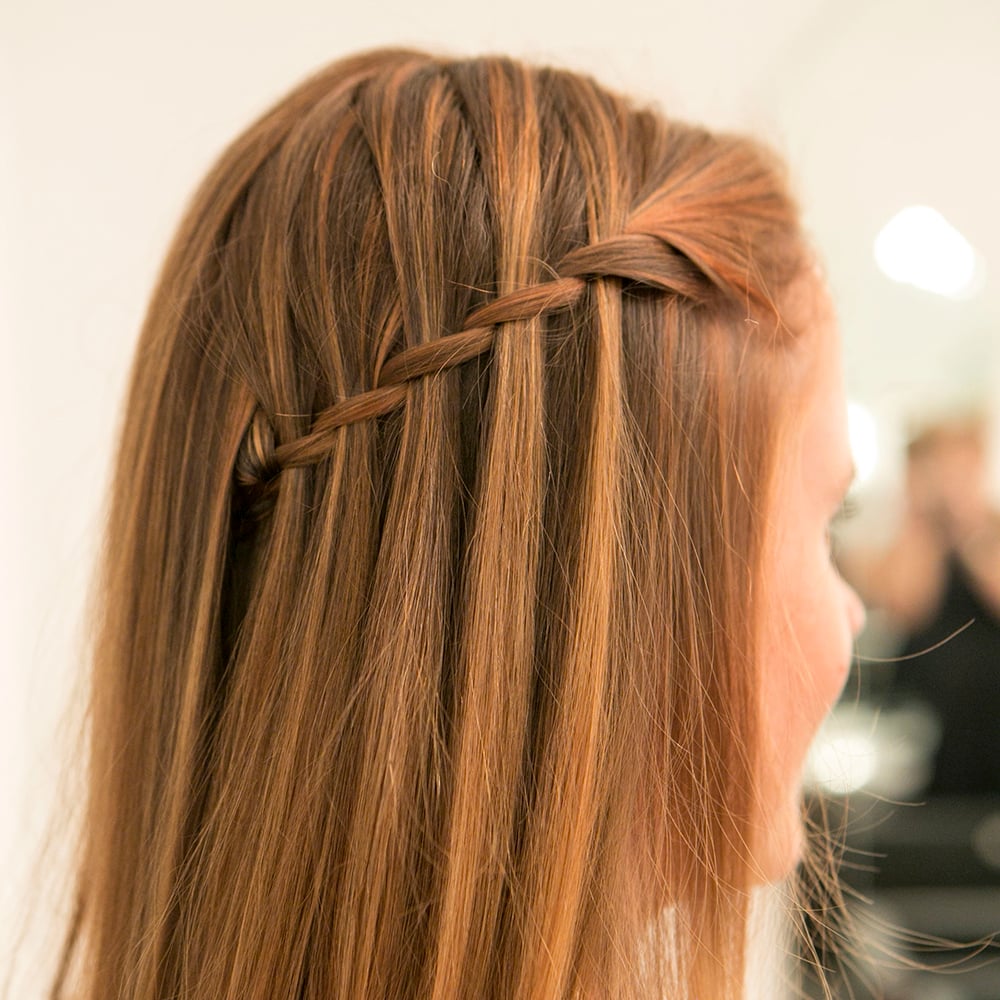 Out of all the amazing hairstyles filling up our Pinterest feeds these days, intricate braids tend to be the styles that stop us in our tracks most often. The specific look we’ve been wanting to learn the most, however, is the waterfall braid. This romantic braid has a whimsical feel with draping pieces that can act as stand-alone designs or just add visual interest to an otherwise ordinary hairstyle.

The thing about enchanting-looking hairstyles like the waterfall braid is that they often appear to be more challenging than they really are. In fact, we’d argue that waterfall braids are one of the easiest braid styles to DIY. The look essentially involves starting the braid like you would a cornrow, but instead of braiding all the sections of hair, one section “falls” between the other two and the “braid” becomes more of a flat twist with hair falling through each twist.

We know it’s probably easier to show you rather than tell you, so if you still don’t believe how easy it is to DIY waterfall braids, we asked hairstylist Olivia Halpin to break down exactly how to do a simple waterfall twist that we promise you can easily pick up at home. The best part is you’re meant to wear the braid with the rest of your hair down, so you don’t have to fuss with trying to make a ponytail look good, too. Keep reading to see the step-by-step waterfall braid tutorial that will have you feeling like a pro in no time.