Choosing wedding cakes and deciding what makeup to rock for ‘the big day’ are surprisingly big decisions for engaged couples. For anyone planning a wedding, though, crossing one task off the to-do list is a relief. Answering engaged people’s prayers, Marc Jacobs is providing free makeup services to LGBTQ couples getting hitched. Offered only to three couples, makeup services will be another box the couple can check off.

In addition to a professional glam squad, March Jacobs is enlisting in a video crew to bring each couple’s milestone to the small screen in a documentary. The complete project will officially debut during New York City Pride in June 2019.

To be considered for the free services, LGBTQ couples who put a ring on it will have to apply to the program to get their faces done up. The aptly-named "Wedding Belles and Beaus" application is where couples can share their own love stories to be considered. Applicants can expect a series of wedding-related questions. The survey pertains to wedding dates, writing vows, the meaning of marriage, and an essay describing the couple’s journey to saying ‘I do.’

According to a press release from Marc Jacobs Beauty, the special services program for couples is actually a celebration of Marc Jacobs’ own engagement. In April 2018, Jacobs proposed to long-time partner Charly "Char" Defrancesco. With the help of a flash mob, the designer popped the question inside a Chipotle.

Not everyone gets diamonds and burrito bowls, but here’s to forever with a complementary makeup look.

The brand posted news of the project to its Twitter account to invite engaged LGBTQ couples to sign up. According to a Marc Jacobs Beauty representative, March 31 is the deadline to send in the application.

As an openly gay designer, Marc Jacobs has a long-running list of collaborating with other brands to uplift the LBGTQ community. In 2012, Little Marc Jacobs, the line designed for children, collaborated with the Human Rights Campaign (HRC), the largest national lesbian, gay, bisexual, transgender and queer civil rights organization. Marc Jacobs and HRC collaborated to bring awareness to same-sex parents. In a mini graphic tee, the phrase on the shirt, "If Dad Says No, Ask Dad" is as relatable as it gets for many American families. 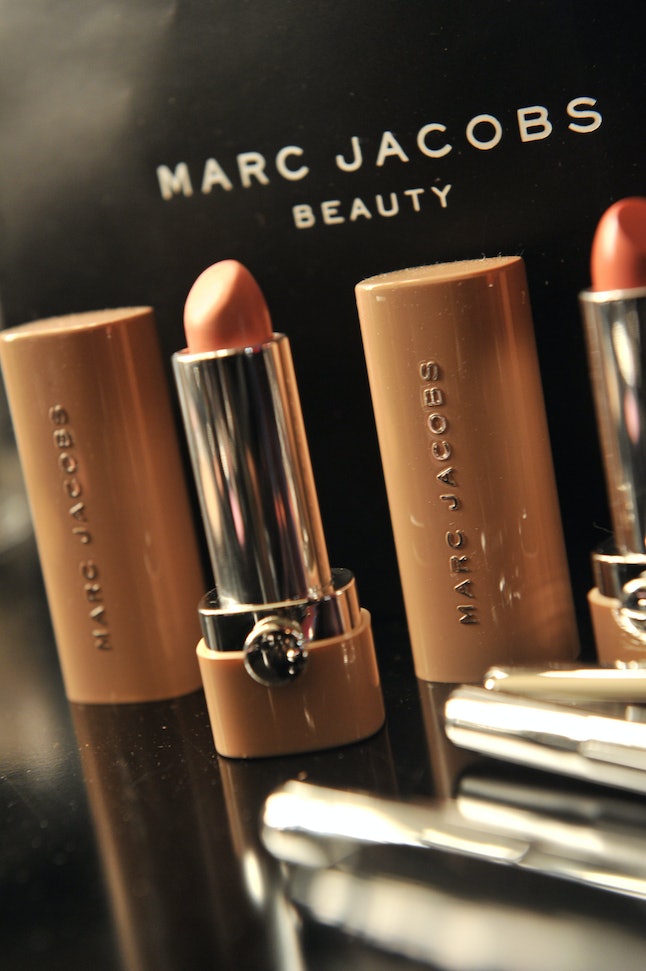 In July 2018, the designer, among other famous creatives, was asked to reinterpret Adidas’ popular Samba sneaker for the brand’s Prouder Project in honor of Pride. Jacobs spoke in an interview with Dazed about how collaborations like Adidas made him feel #Prouder.

“As a long-standing member of the LGBTQIA community, I feel it is important to use my voice to raise awareness, to fight for acceptance and equality, and to be and show my true self so that others might have the courage and strength to be their true selves," Jacobs said. "I wanted to be involved in the Adidas ‘Prouder’ campaign because to me, it’s celebration of being proud of who you are, uniqueness and individuality.”

For three lucky couples, Marc Jacobs Beauty specialists will put on a beautiful face for their wedding day. However, until the winners are picked, the actual couples prepping to get hitched can busy themselves with picking out cake.