Home » Beauty » This "Face Altering" French Retinol Blows Other Anti-Aging Creams Out of the Water, Per Shoppers

This "Face Altering" French Retinol Blows Other Anti-Aging Creams Out of the Water, Per Shoppers 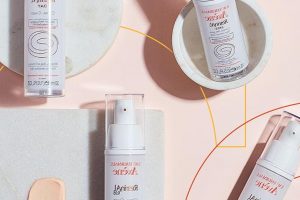 When it comes to skincare heavy hitters, retinol is often the first and last thing out of savvy shoppers' mouths. In a world where marketing lingo runs rampant and the majority of products are hit or miss, it's reassuring to know that retinol, at least, has reversed signs of aging for decades. From there, the decision comes to which over-the-counter retinol cream is best, and French brand Avène's found the sweet spot.

As a successor to the brand's beloved RetrinAL 0.1 Intensive Cream, Avène one-upped itself with the RetrinAL Advanced Wrinkle Corrector. The former excels as an anti-aging moisturizer that smoothes skin with added vitamin E and peptides, while the latter is a targeted treatment you dab anywhere you'd like skin to look significantly more plump and firm.

According to dozens of elated reviews, abracadabra, the Corrector grants that wish. Two weeks sees fine lines start to disappear, shoppers' "deep nasolabial folds" receding in a "face altering" feat. "I saw results right away! I used this on certain parts of my face and put another retinol on the other parts to test its effectiveness, and by far this blew my other retinol out of the water," a reviewer writes of the Corrector's effects. Others say the formula's diminished deep wrinkles around their mouth and forehead so much they're now looking for other places to put the cream, an accomplishment if we've ever heard one. Even 54-year-olds with "deep lines between [their] eyebrows" say a couple nights of the treatment has made an enormous difference — so, to get the science behind exactly how the Corrector puts other treatments to shame, we asked Sheila Farhang, board-certified dermatologist and YouTube creator, for her thoughts on the ingredients.

"Retinoids are vitamin A derivatives, and are considered one of the 'gold standard' ingredients for anti-aging," Farhang says. "They increase cell turnover, thereby increasing collagen stimulation to help with fine lines and discoloration. Retinoids also 'de-plug' clogged pores, which is why it's commonly used for acne as well." Speaking to the Avène formula specifically, she notes that it uses retinaldehyde, which is the most potent over-the-counter retinoid — so if you've tried other retinol creams and haven't seen a big difference, it would be your best next step.

The stronger the retinoid, the higher the risk for redness, flaking, and irritation, so Farhang says you should always take it slow if it's your first dance with the ingredient. Thankfully, Avène anticipated the potential sensitivity and added hyaluronic acid and thermal spring water, which she notes calm skin for "a win-win situation."

Fellow dermatologist and YouTube creator Dr. Alexis Stephens agrees with Farhang, writing that the addition of algae-derived collactintm also helps skin look younger and more radiant. "The beauty of this formulation is that the powerful retinaldehyde is alongside Avene's thermal spring water, which is clinically proven to smooth, soften and calm the skin," Stephens says of the safe-for-sensitive-skin treatment. "I recommend this product so often, I carry it at my private practice for my patients."

All of the above makes for a trauma-free experience, even for 49-year-old shoppers with "hyper-sensitive" skin. "Almost EVERYTHING gives me a bad reaction and/or breaks me out. Two and a half weeks in, and [I'm] seeing reduced neck wrinkles and pores shrunk to almost unnoticeable. I'm impressed." As the French would say, voilà; in American English, whoomp! (There it is).