Home » Celebrities » 10 Men Eiza González Has Dated Over the Years

10 Men Eiza González Has Dated Over the Years 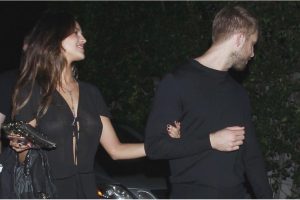 10 Men Eiza González Has Dated Over the Years

Eiza González and Jason Momoa have reportedly broken up after four months of dating. The two were first linked together in February, following the “Aquaman” star’s split from Lisa Bonet in January. Neither González nor Momoa ever publicly confirmed they were dating, and they have yet to address the split.

Even though González and Momoa are no longer an item, the actor — who you might recognize from “Baby Driver” and Justin Timberlake’s “Supplies” music video — isn’t new to dating men in the spotlight. From actors to musicians, it’s clear that González has a type: attractive! Over the years, she’s been linked Calvin Harris, Liam Hemsworth, Maluma, and Cristiano Ronaldo. Let’s take a walk down memory lane and look at González’s past loves.