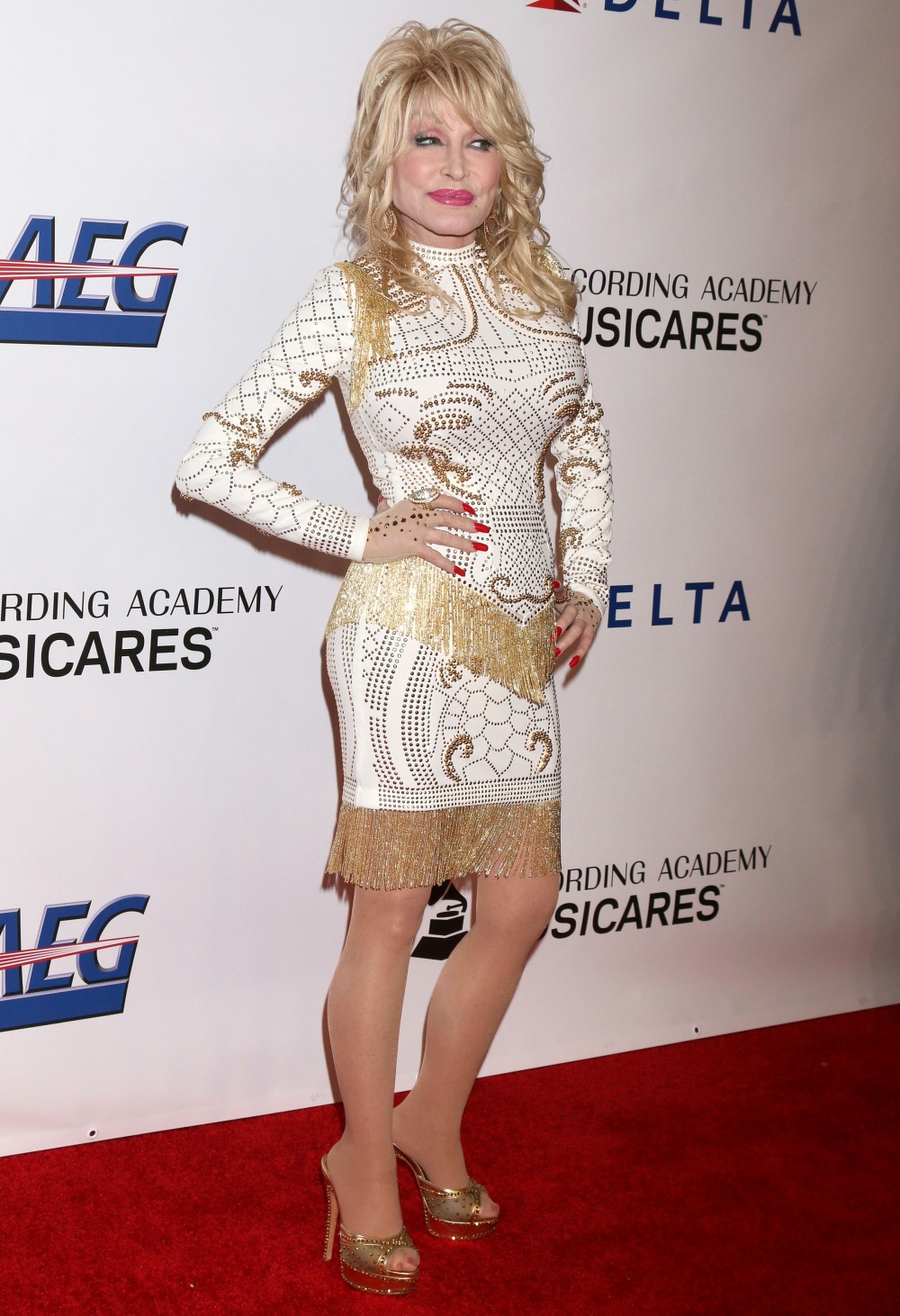 Here is our Open Post for the 2019 Grammys. Our host this year is Dolly Parton, who was honored at the MusiCares event on Friday night in LA. She was the 2019 MusiCares Person of the Year, and lots of A-listers came out to celebrate the one and only Dolly. Katy Perry, Miley Cyrus, Mark Ronson, Linda Perry and Kacey Musgraves were just some of the attendees. The point? Everybody loves Dolly. Dolly is worthy of all the awards and honors. She is an American treasure.

I have another point here though, which is… this year’s Grammys are going to be terrible. While it was sort of funny that Taylor Swift’s Reputation got so snubbed, it also means that Taylor – who is arguably the biggest musical act in the world and the biggest pop star in the world – won’t be attending the #StruggleGrammys. Ariana Grande is also boycotting the Grammys this year because the douchebros in charge wouldn’t let her perform her hit single. Beyonce, Rihanna and Lorde are all skipping out too. From the looks of it, I think Lady Gaga is one of the few scheduled women to perform solo, and even then…she’ll be going solo because Bradley Cooper won’t be there to perform “Shallow” with her. My point is that Dolly Parton’s MusiCares gala probably got better A-list attendees than this year’s Grammys.

That being said, Dolly will perform at the Grammys, and she’ll be joined on-stage by Katy Perry, Kacey Musgraves, Maren Morris and Little Big Town (which sounds like a gigantic mess). Other performances: Travis Scott (probably doing “Sicko Mode”?), Dua Lipa and St. Vincent (huh), a tribute to Aretha Franklin, Cardi B (okay, she’s a MAJOR name, but I bet they make her perform with dudes), Shawn Mendes, Janelle Monae, Post Malone (with the Red Hot Chili Peppers), and Diana Ross at some point. The opening sounds genuinely exciting too, but we’ll see.