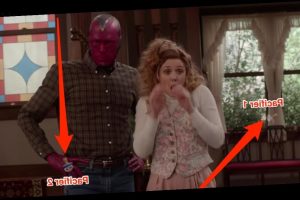 Zemo is back as a villain in "The Falcon and the Winter Soldier."

Zemo was the villain in “Captain America: Civil War” who pit Tony Stark and Captain America against one another. He lost his entire family in Sokovia due to the events of “Avengers: Age of Ultron” where Tony Stark’s artificial intelligence Ultron went rogue.

“The Falcon and the Winter Soldier” is set to premiere on Disney Plus this summer.

If you thought the “Loki” tease didn’t show much, take another look at his jumpsuit.

The TVA logo on the suit most likely stands for the “Time Variance Authority.” Who are they? They’re a group that monitors alternate timelines.

It looks like Loki has been captured by them and is possibly being questioned by them. What would the TVA want with Loki? Well, when the Avengers went back in time in “Avengers: Endgame” to 2012, they created a new timeline of events when Loki escaped custody with one of the Infinity stones.

Loki doesn’t seem to be too happy to be held captive by the TVA. In the teaser, he says he’s going to burn the place to the ground.

So far, “Loki” feels like a mix of what we’ve seen on the CW’s “Legends of Tomorrow” and “The Flash,” which have dealt with time traveling and the consequences of changing up timelines ghost-like demons called time wraiths.

The teases for "WandaVision" are the most telling. First, Scarlet Witch is seen in her iconic comic costume. 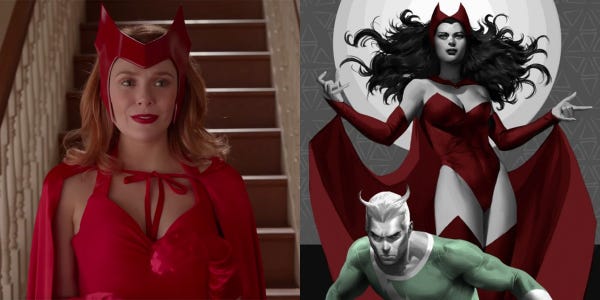 Wanda is momentarily seen wearing a cape and headdress that channel her character’s comic look. It seems like lingerie in this scene.

Scarlet Witch is married to Vision and pregnant. 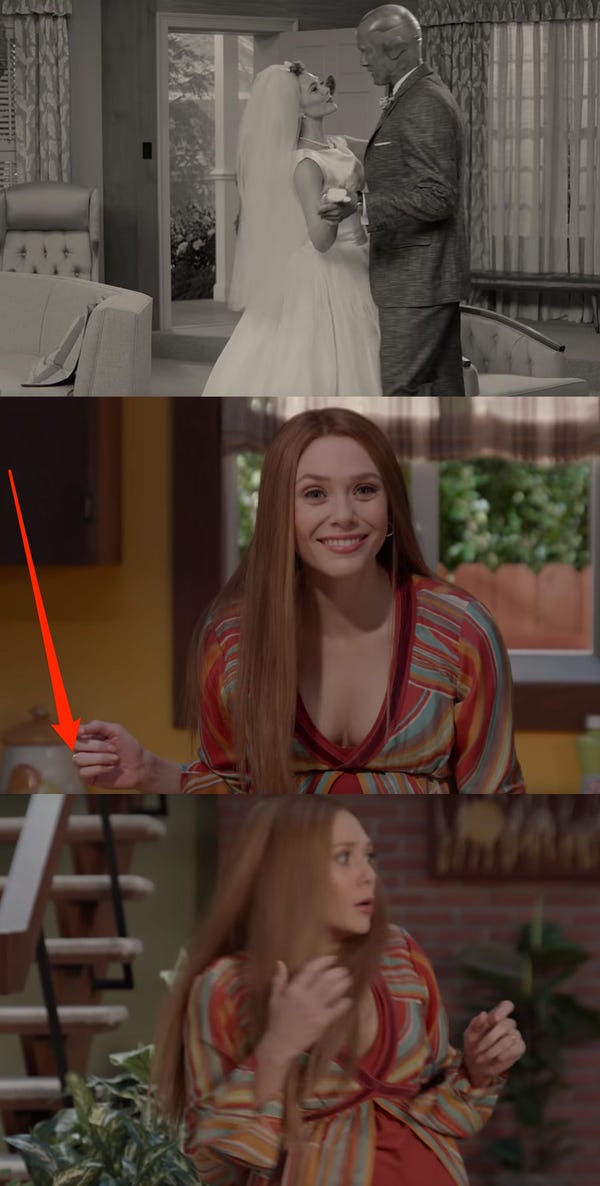 A ring can be seen on her wedding finger hand in multiple scenes. When she’s wearing the striped dress, she appears pregnant. That seems confirmed in another scene.

Two pacifiers fly in the air in front of Wanda and Vision, suggesting the show will feature their two children. 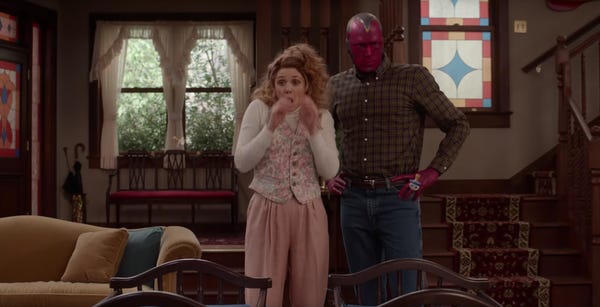 In the comics, Wanda and Vision have twin boys named Wiccan and Speed who eventually become members of a superhero group named the Young Avengers. Is that the Disney Plus endgame for another streaming service or original movie down the line? Maybe.

"WandaVision" may be a sad story that will punch us in the gut.

We see a lot of glimpses of Wanda in different time periods, including the ’50s and ’70s, on screen. We also see a more current, upset Wanda as well.

Our best guess is that we’re seeing a Wanda in grief dealing with the loss of Vision after the end of “Avengers: Infinity War.” She may be projecting her idea of an ideal “what if” family with Vision if he wasn’t taken away from her.

“WandaVision” may seem like a silly name for the series, but if we are really seeing a Marvel show through Wanda’s lens, then we’re ready to break out the tissues for this one.

“WandaVision” is currently set to premiere in spring 2021.