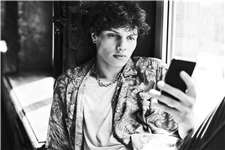 Opinions expressed are solely those of the author and do not reflect the views of Rolling Stone editors or publishers.

I’m a fan of companies that pose as one thing, but a closer look at their strategy illustrates that they can operate in multiple capacities. Managing what I refer to as a costume strategy is a powerful tool that anyone can apply to their business to stay relevant, diversify revenue streams and add new verticals. For example, many don’t know that outside of McDonald’s paying rappers to push patties, they largely operate as a real estate company by buying property and then leasing it to franchisees.

I’ve noticed an amalgamation of variations of this strategy from CashApp, which could result in something like we’ve never seen before. Many think of CashApp as a place to transfer money from one person to another in the most seamless way possible. The key here is being able to transfer in an instant. CashApp’s parent company, Square, recently bought Tidal, a media platform. Now you have a company that can transfer exclusive songs, tickets, codes to unlock content, and so on, to its users. Anyone can participate, from an artist to diehard fans. It also allows fans to share music among themselves while building community in a way that can responsibly pay the artists with each exchange via tipping, fan subscriptions or ads that can act as a gate to content (e.g., pre-rolls, impressions or interactive, etc).

It’s important to remember not all strategies and pivots are the same; they all have different approaches and results. There is the shed weight pivot that our favorite photo-sharing app, Instagram, launched to perfection. Instagram needed to shift from Kevin Systrom’s original idea of a location-based check-in app, Burbn, that happened to have a photo-sharing feature, to focusing solely on that feature.

The second type of costume strategy pivot is realizing that you can do something so well that you can afford to sell that service to other companies. For example, Amazon found a need to create better infrastructure systems so that they could neatly stack APIs on top of them. Thus, arguably the biggest cloud service, Amazon Web Services, started to take shape and now owns 32% of the market share for cloud services with clients like Adobe, Lyft and Twitch.

When considering a new strategy for your business, there are important things to keep in mind, especially when game planning how you go about broadcasting that decision to the world, if at all. When OnlyFans recently announced their distancing from sexual content on their platform, it caused an uproar of accusations that the platform was turning its back on the creators that essentially helped build it. They’ve since walked their decision back, but the lack of controlling that narrative was very detrimental for their public image and brand narrative.

The Rolling Stone Culture Council is an invitation-only community for Influencers, Innovators and Creatives. Do I qualify?

From my perspective, the stage is set for CashApp to turn to artists and potentially offer them deals with better terms than the ones that major record labels are offering. They’re already part of the cultural lexicon: One of the biggest songs of 2020 “The Box” by Roddy Ricch references CashApp in the hook, and the platform has already included itself in social media chatter with giveaways through artists. And when it comes to creating original content, it’s produced an explainer series for cryptocurrency featuring Megan Thee Stallion. CashApp has clearly parked itself right at the intersection of artists and their fans, while providing value without taking from either party.

Here’s how I see new opportunities for artists unfolding. Picture this: CashApp pivots and creates a record label of sorts. Artists sign a deal and they immediately get positive association with their music and name by doing cash giveaways. They could host a contest where a clip of their song is played in all promos. Then they can encourage their fans to send their single or a snippet of their song à la TikTok to their friends with a personalized message that reads “heard this song and thought of you.” Then with the Tidal synergy, artists could get tipped by their most loyal fans right on their platform or even set a monthly subscription price like Patreon for their most avid supporters.

Other potential marketing tools include using push notifications for new releases, upcoming shows and similar artist recommendations through CashApp-based activities (e.g., paying a friend for a Jay-Z concert ticket). What’s even more intriguing given the new “creator economy” is CashApp allowing everyday people to invest in stocks and cryptocurrency on their platform. What if you could invest in your favorite artist as if they were a stock, and as their value rises, so does your investment portfolio?

The two-headed beast of CashApp and Tidal could make great strides in the industry if it addresses two pain points that have plagued major labels for decades: offering competitive, but fair deals where artists get ownership of their art and fan incentive-based marketing that has rabid fans spread the word in a grassroots fashion. From there, CashApp and Tidal could become an incubation and integration platform like Zapier that develops new talent and then creates plug-ins for various tools like funding project rollouts and providing market services.

The creator economy is exploding and artists are looking for more ways than ever to break through the clutter and make more money without all the red tape that labels sometimes put in place. That’s why when you consider the addition of a distribution platform to a plethora of marketing tools, the synergy between Tidal and CashApp could signal a paradigm shift in the music industry.