Actress Marilyn Eastman Passes Away in Her Sleep at 87 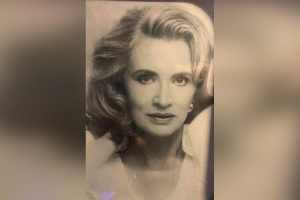 It’s just been announced that the ‘Night of the Living Dead’ actress has passed away ‘peacefully’ in her sleep at the age of 87 at her home in Tampa, Florida.

AceShowbiz -“Night of the Living Dead” star Marilyn Eastman has passed away aged 87.

Her son John Eastman announced on Facebook that his mother had died “peacefully” in her sleep at home in Tampa, Florida on Sunday (22Aug21).

“Marilyn was a stage, television and radio performer as well as a writer and producer,” he wrote. “More importantly, she was a hard-working single mother who raised my brother and I on her own.”

“I cannot overstate how much she enjoyed the affection and attention shown to her by countless Night of the Living Dead fans, and up until several weeks ago (she) was planning personal appearances.”

As well as starring as Helen Cooper in the iconic 1968 horror movie, directed by George A. Romero, then movie executive Marilyn helped to produce and finance the film, and did stints in make-up, prop and sound departments on set.

Following news of her death, the George A. Romero Foundation tweeted, “It is with great sadness that we can confirm the passing of Marilyn Eastman on 8/22/21. Please join us in wishing her family peace at this painful time. Godspeed, Marilyn.”

Marilyn is survived by her sons John and Michael, five grandchildren, and eight great-grandchildren.

“My mother moved to Pittsburgh in the early 60’s,” her son explained to her fans on Facebook following her passing. “It was her desire to return to Pittsburgh and those plans are to be announced at a later date.”