Adele Credits Divorce for Helping Her ‘Humanize’ Her Own Parents 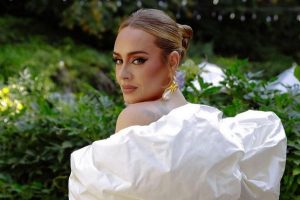 The ‘Rolling in the Deep’ singer credits her separation from husband Simon Konecki for pushing her to reconcile with estranged father who split from her mom.

AceShowbiz –Adele made “peace” with her father before he died.

The singer had a strained relationship with Mark Evans, who split from her mum Penny Adkins shortly after the singer was born, but admitted her own split from Simon Konecki helped “humanise” her own parents and she was able to reconnect with her dad before he lost his battle with cancer earlier this year (21).

She told Britain’s Vogue magazine, “We actually got our peace, again contrary to reports. I played him my album just a week before he passed, over Zoom.”

“One thing that definitely happened in my divorce was that it humanised my parents for me. Big time. I went to hell and back!”

“And in that I found the peace to forgive him. He was ready to go and he lasted a long time with it.”

The “Someone Like You” singer had a “physical reaction” to her father’s death and praised her mother for supporting her during the final months of his life.

In a separate interview with U.S. Vogue magazine, she said, “I know he loved me, and we actually got our peace before he died. When he passed, I had this sort of physical reaction. That fear left my body.”

“My mum was incredible when my dad was at the final stages. She was there and helping.”

Adele – who has eight-year-old son Angelo with Simon – turned to therapy and exercise to get through a difficult period in her life in the wake of her split.