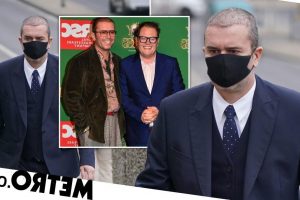 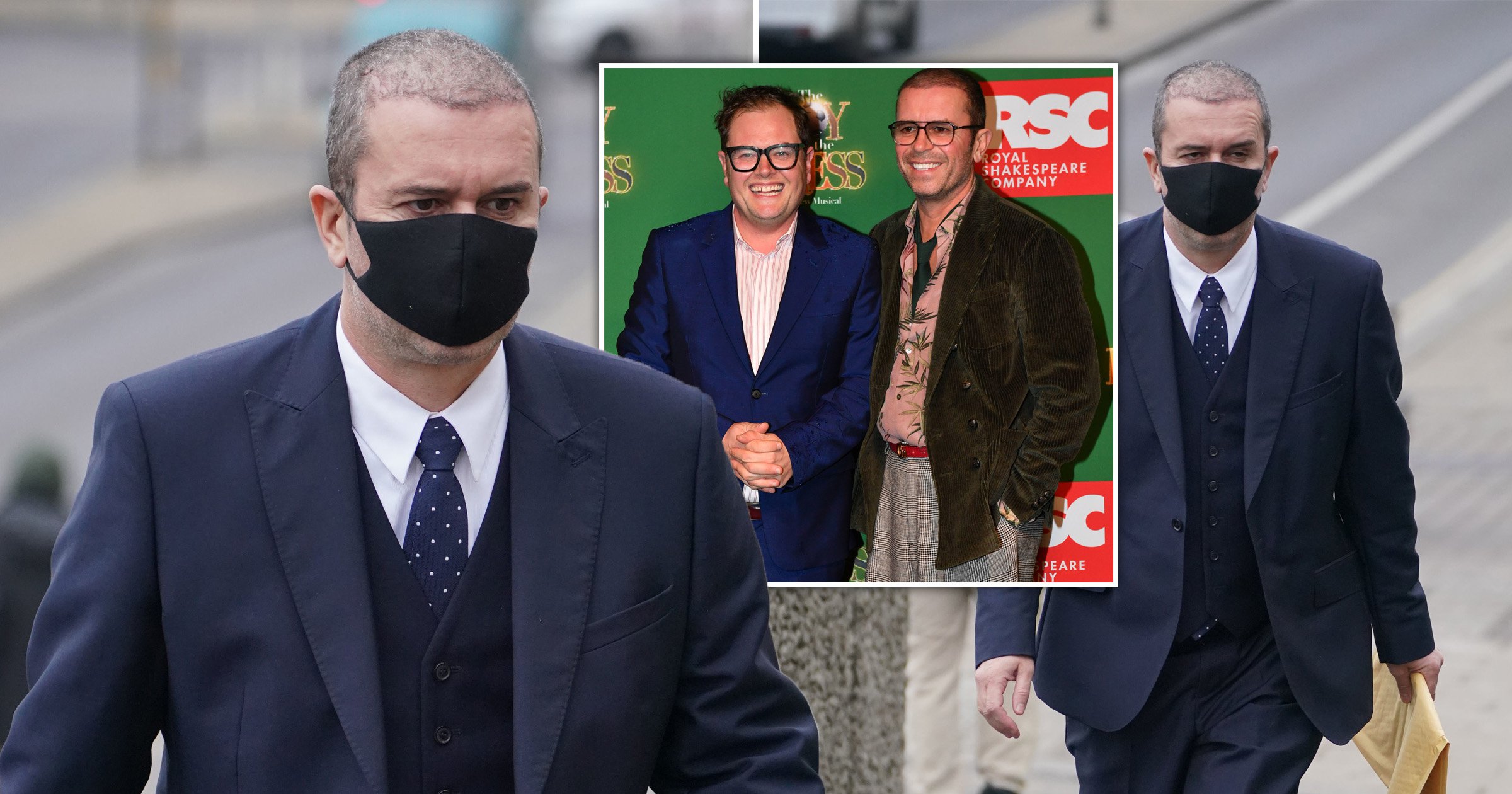 Just days after Alan confirmed he was splitting from his partner of 13 years, a court heard how Drayton, 50, was ‘gambling with the lives of others’ when he got behind the wheel while several times the legal limit.

He was initially sentenced to 14 weeks in jail for driving almost five times over the legal limit and backing into a police car.

However, Drayton has now been freed after winning an appeal against the ruling.

The actor left prison after two ‘harrowing’ nights in custody, when a judge told him on Friday he should be given the opportunity to turn his life around and that his sentence would be suspended.

Drayton, who cares for rescue horses, broke down in tears in the dock as he was told his liberty was being restored.

His barrister, John Dye, had pleaded for his release, and told the court: ‘This is a very serious drink-driving offence.

‘It crosses the custody threshold. I think to say anything other than that would be absurd.”

‘The two nights in custody have been extremely difficult for someone who has poor mental health,’ he added.

At the mention of his two nights in prison since being jailed on Wednesday, Drayton broke down in silent tears in the dock.

Judge Shani Barnes responded: I am sure they have been harrowing.’

After briefly retiring to discuss the case with her magistrate colleague, she returned to the courtroom and told Drayton that had led an ‘exemplary life’.

Addressing the question of whether the sentence could be suspended, she said the answer was ‘quite clearly… yes’.

‘Yes, of course it is right that we give you an opportunity to make amends and turn your life around.’

She told him he would receive a 12-week prison sentence, suspended for 24 months.

Drayton, who had been visibly emotional in the dock throughout the hearing, broke down in fresh tears as the decision was announced.

The 50-year-old had appeared at Brighton Magistrates’ Court on Wednesday after pleading guilty to a single count of driving a motor vehicle with his alcohol level above the limit at an earlier hearing.

Drayton had been seen swerving from side to side as police pursued him near his home in West Sussex in October last year, and was told by the judge overseeing his case that he had been ‘dicing with death’.

The court had heard how worried members of the public had called police on October 9 last year, when they saw Drayton driving in Broadbridge Heath, West Sussex shortly before 3pm.

Prosecutor Suzanne Soros said officers tracked him down and saw his vehicle ‘swerving from side to side’.

Suspecting he was over the alcohol limit, they signalled for Drayton to pull over and he complied.

‘The defendant then reverses into the police vehicle,’ Ms Soros said.

Drayton was boxed in by other police vehicles to prevent him making a getaway.

A breath alcohol test returned a reading of 153 micrograms in 100 millilitres of breath – four times the legal limit.

His barrister, pleading for leniency on Wedesday, said he had been suffering a ‘perfect storm in his life’ when he got behind the wheel on that day.

He had been dealing with alcohol and mental health issues, had had to have a brain operation, and had been injured when falling from a horse, he told the court.

Mr Dye added: ‘And the final straw, as is now well documented, his private life as well.

‘His partner of some 13 or 14 years – that relationship has broken down, partly due to the problems Mr Drayton has with alcohol.’

Judge Amanda Kelly had taken his alcohol issues and marriage breakdown into consideration but said he was ‘gambling with he lives of others’ when he got behind the wheel.