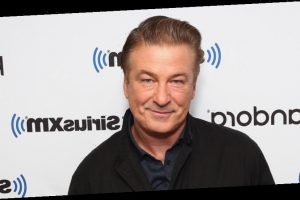 The 62-year-old actor and new father announced in an Instagram video on Wednesday (March 3) that he wouldn’t be back on the social media platform following critics coming at him for his comments seemingly regarding Gillian Anderson‘s accent.

“Wanted to post a quick video to say that I deactivated my Twitter account today,” Alec shared in the new video, and explained that the one of reasons had to do with him seemingly shading Gillian.

He added that his words weren’t meant to offend anyone, but he was expressing that if people are influenced by multiple cultures, “that’s your business.”

“But I find that, of course, on Twitter, which is where all the a–holes in the United States and beyond go to get their advanced degrees in a**hole-iness, that I had used it as a news aggregator, and I suppose I will do my best to find other places that are similar in their news aggregation in real time and periodicals I like.”

The incident happened earlier in the day when Alec shared a CNN article that pointed out that Gillian‘s American accent had thrown some people off as she normally acts with a British one.

“Switching accents ? That sounds…fascinating,” Alec commented about it.

Gillian was born in the United States, but had spent 10 years of her life living in London before returning to the US in her later formative years.

Alec‘s comments come after his wife Hilaria was accused of faking her Spanish heritage and accent in late 2020.

The couple just recently made headlines again after welcoming their sixth child, just months after their fifth.