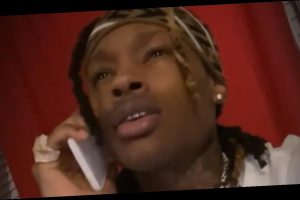 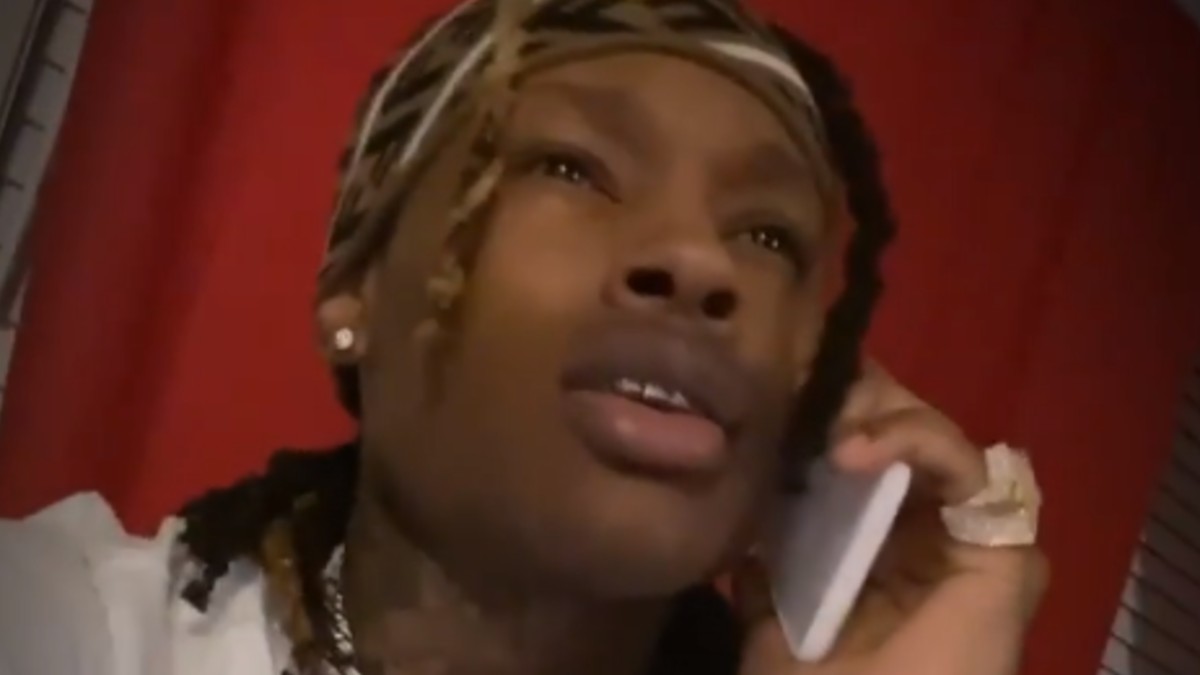 Fans of King Von are outraged and disappointed after alleged photographs of an autopsy of the rapper circulated online last night.

King Von, whose real name is Dayvon Daquan Bennett, was shot dead at the end of last week during a shootout at a nightclub in Atlanta. The rapper was taken to hospital, but he tragically passed away during surgery.

The shootout was reportedly between members of Quando Rondo’s crew and King Von’s people and also involved both on-duty and off-duty cops who were in the area at the time.

Rapper Lil Tim aka Timothy Leeks has been arrested in connection with the incident. He remains in police custody and was also wounded in the shooting, but his injuries are not thought to be life-threatening.

Fans of King Von were already furious after a leaked video of the shooting emerged online, and their anger has not been dissuaded with the recent alleged photo leak.

An image claiming to show the 26-year-old rapper lying dead in the hospital morgue was posted to Facebook; however, it was deleted a short time later. Unfortunately, this is the internet; therefore, the picture was widely circulated on all social media platforms.

Fans of King Von are disgusted by alleged photo leak

Monsters & Critics has been unable to confirm whether the photograph is genuine. Despite that, fans have rallied around King Von and his grieving, family and there has been a robust backlash against whoever initially shared the picture along with those who continued to pass it around.

One fan wrote on Twitter that they felt “so sorry” for King Von as he has been continuously disrespected since his death. As well as the alleged photo from the morgue, a video of the killing has also been leaked online. “They disrespecting him to the MAX,” said the fan.

Other fans asked if those sharing the photos were sick; they wrote: “Are you guys sick or are you sick??????”

One user apologized to the rapper, “King Von I’m so sorry,” and then complained that he was not being allowed to rest in peace before adding, “you deserve better King.”

Those who share alleged King Von death photo are ‘ignorant’

Others attacked those who circulated the images, calling them “ignorant,” one tweeter called it “beyond ignorant.”

Another fan posted a pic of King Von with a big smile on his face as he clutched a big pile of cash and stressed that this was how they wanted to remember the rapper. 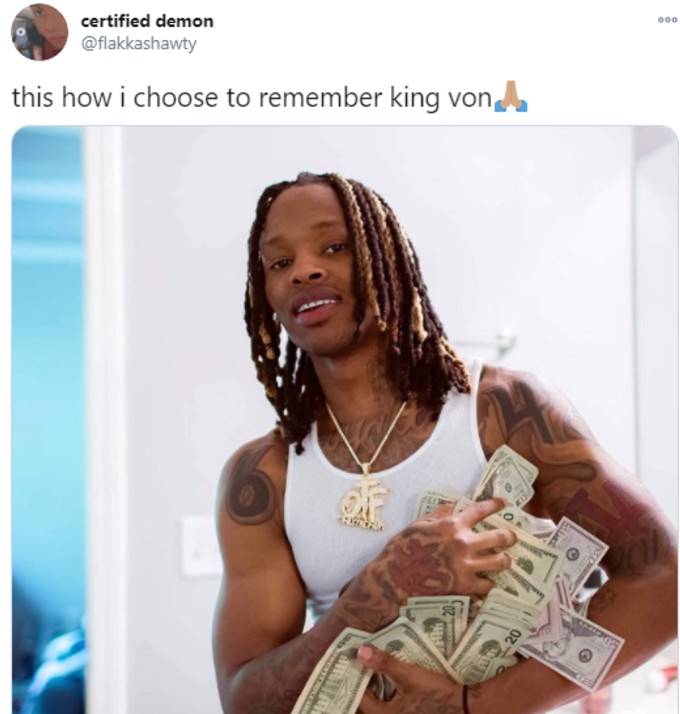 Four people were wounded in the shooting, and another individual was also killed. King Von is thought to have been shot several times. He leaves behind three children.

END_OF_DOCUMENT_TOKEN_TO_BE_REPLACED

END_OF_DOCUMENT_TOKEN_TO_BE_REPLACED
We and our partners use cookies on this site to improve our service, perform analytics, personalize advertising, measure advertising performance, and remember website preferences.Ok