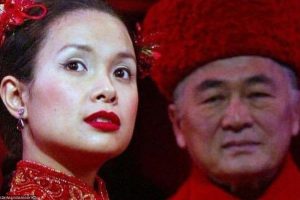 The Broadway star, who starred in ‘Flower Drum Song’ and ‘Pacific Overtures’, passed away in Burbank, California after contracting coronavirus despite being fully vaccinated.

AceShowbiz -Broadway star Alvin Ing has passed away after contracting COVID, despite being fully vaccinated.

The actor was first diagnosed with pneumonia in mid-July and then confirmed to have COVID-19 a few days later, according to sources. He died two weeks later of cardiac arrest.

“Honolulu native and American Army veteran with a gift to serve, he felt a duty to himself and his fellow citizens to be fully vaccinated,” said spokesperson Shaina Manlangit in a statement.

Lea Salonga, who appeared with Ing in Broadway’s “Flower Drum Song”, was among the first people to pay tribute, stating, “His voice was glorious and filled the room with its flawless sound, but beyond that, his sound was steeped in joy. Alvin was a joyful presence to be around at every rehearsal and performance.”

“Beyond that his voice always sounded incredible, he brought a sweetness and kindness everywhere and to everyone. There was always a gentleness to him, but also a sassy sense of humor. He was a gift to everybody that got to work with him, and I’m only extremely blessed to have had that opportunity.”

Ing studied music at the University of Hawaii before moving to New York City at the age of 25, landing various roles Off Broadway and in touring stage productions. He made his Broadway debut in the 1976 original production of the Stephen Sondheim-John Weidman musical “Pacific Overtures”.