Amber Heard broke down in tears as she took to the stand for the second day, alleging that Johnny Depp ‘penetrated her with a bottle’.

She sobbed while giving her testimony at the Fairfax County Courthouse on Thursday, as the bombshell defamation trial continued.

Speaking to the court, the 36-year-old recalled the moment an argument broke out during a trip to Australia in March, 2015.

She alleged that, during the row, Depp smashed glass bottles at the property they were staying at, and threatened to ‘carve up’ her face at one point.

Speaking on the stand, she said that he ‘ripped’ her nightgown off, and that she was ‘naked and my feet were slipping around’.

Heard said Depp began ‘punching the wall’ before hitting a ‘wall-mounted phone’, which he was ‘smashing over and over again’. 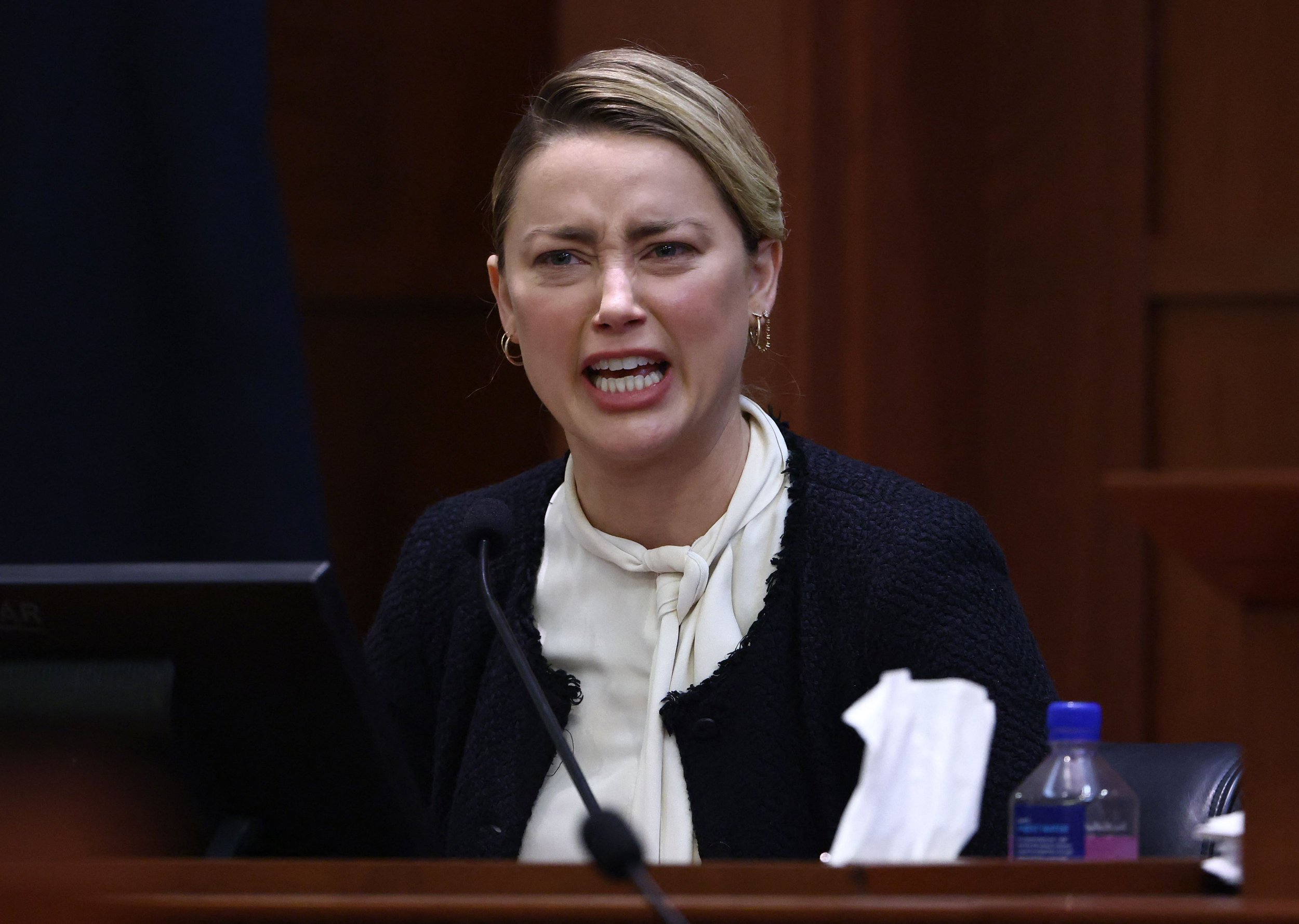 Describing the alleged incident, the Aquaman actress told the jury that she ended up on a countertop after a struggle, with her ex on top of her.

‘The next thing I remember I was bent over backwards over the bar, my back was on the countertop and I thought he was punching me. I felt this pressure on my pubic bone, and I could see his arm moving, and it looked like he was punching me.

‘I didn’t feel pain, just this pressure on my pubic bone. I don’t remember what I said, I just remember being really still and not wanting to move. Looking around the room and looking at all the broken bottles and broken glass…

‘I didn’t know if the bottle he had inside me was broken.’

Heard recalled retching in the bathroom and ‘losing control’ of her bladder, but did not remember how the night ended.

She told the court that he kept saying: ‘I will f**king kill you,’ during the argument.

When asked if there was any penetration of her vagina during the alleged incident, she replied: ‘Johnny had the bottle inside of me and was shoving [it] inside of me over and over again.’

Heard’s testimony began on Wednesday, and has also seen her speak of how their relationship began, as well as the first time Depp allegedly ‘slapped’ her.

Speaking to the court, she also claimed that he ‘performed a cavity search’ on her while ‘looking for drugs’.

The trial is expected to last several weeks.

Depp previously took to the stand last month when and said that he had ‘never struck any woman’.

The Edward Scissorhands star is suing his ex-wife for libel and seeking $50million (£39m) in damages, over an op-ed she wrote for the Washington Post in 2018.

In the piece, she discussed being a victim of domestic violence but did not mention her former partner’s name.

Although Depp was not named, his team argued that it implies she was physically and sexually abused by him during their marriage – something he has denied.