Home » Celebrities » Amy Roloff and Chris Marek: When Will They Actually Get Married?

Amy Roloff and Chris Marek: When Will They Actually Get Married? 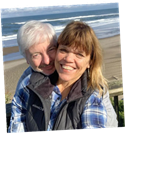 Amy Roloff and Chris Marek won’t be walking down the aisle any time soon.

It’s simply because of the pandemic that has taken over this country.

“I think they put a lot of that on hold right now,” Zach Roloff told Us Weekly on Tuesday, October 6, while promoting the new season of his family’s beloved reality show, Little People, Big World.

The father of two explained to this tabloid that “no venues” appear to be accepting dates right now, which has slowed the couple’s progress, as well as its ability to simply make any concrete plans.

“They want to get married next summer,” Zach added.

Marek and Roloff have been together for four years.

The former proposed to the latter in September of 2019 during a dinner in honor of her birthday.

“I’m excited, I’m so surprised, I’m thrilled!” Amy told People Magazine at the time, while Chris even spoke to the publication, too, despite typically shunning the spotlight.

“I was very nervous! It had to be a heart shaped diamond because I knew that’s what Amy wanted,” Marek told People.

In the 13 months since Chris and Amy got engaged, a lot has changed for them.

Specifically, Amy has sold a majority of her farm property to her ex-husband and has moved about 15 minutes away from the home she lived in for decades.

On Little People, Big World this week, viewers witnessed the reality star packing up her stuff (the episode was filmed months ago) … and struggling with the major move.

“It feels so weird,” Amy told her future husband while surrounded by boxes.

“Maybe it’s because I thought about it for so long — moving out, the buyout, and everything — that this is just the natural progression but yet, it still feels … like it’s finally here, kind of weird. Still weird.”

Marek noted that the following morning, when they couple wake up in their new house together, it will be even more strange.

And it will “probably take a minute to realize where we’re at,” he added, prior to heading over to said new house.

“I mean, obviously, you know, you go into something, of course I would always think it’s forever, and this is it,” Amy then told the camera.

“And you know, we’d probably most likely stay at the farm house ’til I die.”

Having finalized her divorce from Matt in 2017 after 27 years of marriage, Amy looked back on the end of her marriage last night on air.

And yet: Another exciting chapter is on the way!

It’s just unclear when it will officially begin.

And it’s also unclear whether Matt and girlfriend Caryn Chandler will be invited.

“I wouldn’t expect them to come because of what they expressed in the past. But the past is the past,” Amy previously said, confirming she would at least invite Matt and Caryn because it’s good manners.

“Things can change in the future. We’ll see.”

END_OF_DOCUMENT_TOKEN_TO_BE_REPLACED

END_OF_DOCUMENT_TOKEN_TO_BE_REPLACED
We and our partners use cookies on this site to improve our service, perform analytics, personalize advertising, measure advertising performance, and remember website preferences.Ok