Home » Celebrities » An Atlanta District Attorney Is Looking Into James Brown's Death: Was He Murdered?

An Atlanta District Attorney Is Looking Into James Brown's Death: Was He Murdered? 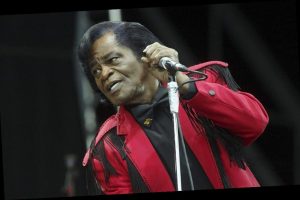 James Brown’s death, much like the deaths of many major stars, was mourned by millions across the world. Brown, who was 73 when he died, was widely credited with helping to pioneer soul music. His musical legacy is dotted with legal trouble, drug abuse, and other issues and now his death is shrouded in mystery. More than 14 years after the Godfather of Soul was laid to rest, several members of his inner circle are calling for an investigation into his demise, pointing to potential foul play. An Atlanta-based district attorney is reportedly looking into it.

Brown’s death shocked the world. He had been healthy and performing shortly before his death, and even hospital staff who worked with him the night he was admitted were surprised to learn that he passed away. In fact, Brown reportedly hadn’t known anything was wrong until he walked into a dental office. His dentist reportedly refused to perform a planned procedure because he believed Brown looked weak and tired. He reportedly advised him to seek medical care.

According to Biography,Brown was admitted to the hospital on Dec. 23, 2006. He was suffering fromcongestive heart failure and had traces of cocaine in his system. He was alsodealing with the effects of pneumonia. The issues were not of great concern,and medication quickly improved his vital signs. On Christmas eve, Brown wasvisited by several friends, including his manager and assistant. When theystepped out, a nurse reported another visitor entered Brown’s room. After the unnamedman’s visit, Brown’s vital signs declined rapidly. The stranger has never beenidentified.

Brown died on Christmas Day 2006, after being admitted to a hospital. According to official records, he died of heart failure. Shortly after his death, Brown was laid in repose at the famed Apollo Theater in Harlem. The theater was a special place for Brown and many others who came after him.

After his casket was removed from the theater, it didn’t goto a final resting place. Several of Brown’s children and his wife, Tomi RaeBrown, argued over where he would be laid to rest. According to Reuters,it took nearly 2 months for everyone to agree on a final burial site. The famedsoul singer’s estate is an entirely different matter. As of 2018, the estatehad yet to be settled, and not a single penny of his reported $100million fortune had been distributed. Several paternity cases have alsocropped up in the years since Brown’s 2006 death.

One thing that Brown’s widow and his children can agree uponis that his death was suspicious. ACNN investigation has called into question exactly how the Godfather ofSoul died, and whether or not foul play was involved. Many believe that onlyforensic evidence can truly answer the question. Now an Atlanta districtattorney is willing to consider a probe into the mysterious death.

While CNN published an investigative series back in 2019about the mysterious death of Brown, a district attorney in Atlanta is just nowgetting around to looking into the situation. The sudden interest reportedlycomes after a woman, by the name of Jacque Hollander, handed over a bin ofreported evidence that may prove that foul play was involved in Brown’s death,according to Monsters& Critics.

Hollander, once a close confidante of Brown and a member of his entourage, accused the singer of rape in 1988. Brown was never charged for the crime, which Hollander insists happened in a secluded section of South Carolina at gunpoint. Hollander is also considered the keeper of memorabilia. She reportedly has storage lockers filled with coveted mementos that his family is desperate to get their hands on. It is unknown what evidence was dropped off, or what will be done with it, but the Fulton County DA could announce an investigation in the coming days if the office finds any of the evidence has merit.

END_OF_DOCUMENT_TOKEN_TO_BE_REPLACED

END_OF_DOCUMENT_TOKEN_TO_BE_REPLACED
We and our partners use cookies on this site to improve our service, perform analytics, personalize advertising, measure advertising performance, and remember website preferences.Ok