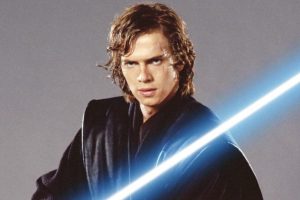 Canadian actor Hayden Christensen was in his early 20s when he took on the role of the lightsaber-swinging Jedi, Anakin Skywalker — who trains under the apprenticeship of Obi-Wan Kenobi and fathers twins with Padme Amidala before going to the dark side and becoming Darth Vader  — in the 2002 sci-fi film “Star Wars: Episode II – Attack of the Clones” and the 2005 follow-up “Star Wars: Episode III – Revenge of the Sith.”

The movie masterpieces were packed with big stars including Ewan McGregor as the young version of the level-headed Jedi, Obi-Wan Kenobi, Samuel L. Jackson as the Jedi Councilman with a purple lightsaber, Mace Windu … and of course Natalie Portman as the Naboo queen and baby mama, Padme Amidala.

Hayden has been making headlines with the announcement of his return to the franchise in 2022.

Guess what he looks like now at 40 years old!