Home » Celebrities » Angeline Jolie on BLM Protests: Fight Against Oppression Should Not Stop at Our Borders

Angeline Jolie on BLM Protests: Fight Against Oppression Should Not Stop at Our Borders 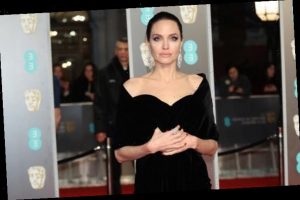 The ‘Maleficent: Mistress of Evil’ actress has urged Americans to unite and view the ongoing fight for ‘human rights and equality’ as ‘one fight’ taking place globally

AceShowbiz –Angelina Jolie has called on U.S. citizens to unite in the fight against oppression.

In a new essay for Time magazine, the actress and special envoy for the U.N. High Commissioner for Refugees urged people to view the ongoing fight for “human rights and equality” as “one fight” taking place globally.

“As the burning injustice of discrimination and racism in America bursts to the forefront, we must also address persecution and oppression rising globally, depriving millions of their rights, their liberty and their physical safety,” she began. “For the first time, forced displacement is affecting more than one per cent of humanity, or 1 in every 97 people.”

“These are people fleeing attacks on schools and hospitals, mass sexual violence, the siege and starvation of whole cities, the murderous oppression of terrorist groups, and decades of institutionalised persecution based on religion, gender or sexuality.”

Jolie revealed that “nearly 80 million” people globally “have been forced from their homes by extreme persecution and violence, and are living as refugees,” noting that “global displacement has almost doubled since 2010” and “more people are being forced to leave their homes on a larger scale in more places and at one of the fastest rates in living memory.”

“But from my personal experience the vast majority of refugees want to return home, and would do so, if their home countries were stable,” the “Maleficent: Mistress of Evil” star continued.

“When we start to pick and choose which countries or peoples we help, from our humanitarian assistance to our asylum policies, we ourselves are discriminating: assigning different levels of importance to different peoples, races, religions and ethnicities, violating the fundamental principle that we are all born equal.”

She concluded, “What has become clear to me through my work is that the fight for human rights and equality is universal… Who we choose to stand with, and how much we are prepared to change and to fight, should not stop at our borders.”