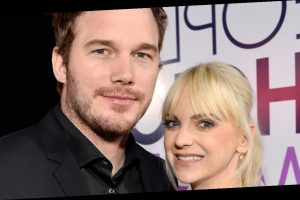 Anna Faris is opening up about what went wrong in her two past marriages after her divorce from Chris Pratt in 2018.

“My two other marriages were with actors and I don’t think we did a great job of eliminating competitiveness,” Anna said on her podcast in a conversation with Gwyneth Paltrow. “Or at least I didn’t, being a proud person, and not wanting to reveal vulnerability.”

“Any hint of competitiveness and comparison, I didn’t handle that very well, I don’t think,” Anna continued. “And I hope I’ve grown from that.”

Find out what Anna also said about her split from Chris.