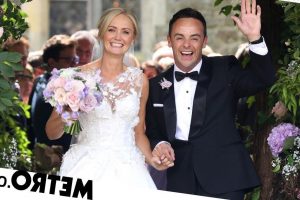 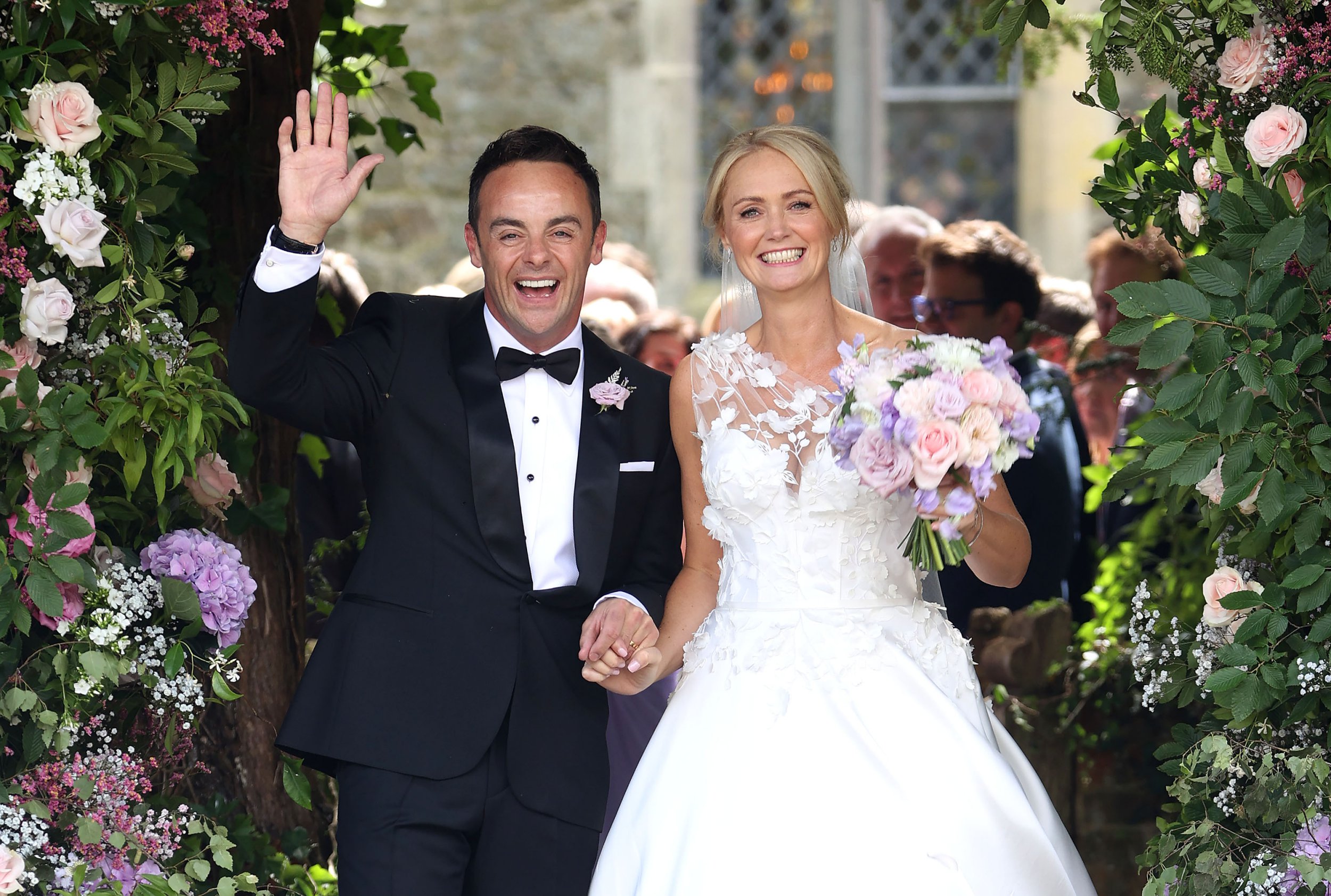 Ant McPartlin and his new wife Anne-Marie Corbett’s honeymoon will be a family affair as the couple are reportedly going to bring Anne-Marie’s two daughters with them.

Ant, 45, wed his former PA, 43, after three years of dating at St Michael’s Church in Heckfield on Saturday.

Having enjoyed their special day, said to include a performance from an ABBA tribute act and a three-tier cake with their dogs on it, the newlyweds are set to enjoy a nice break as a family with Anne-Marie’s teen daughters Poppy and Daisy, according to The Mirror.

During the Britain’s Got Talent star’s speech as a married man, he is reported to have said: ‘They are amazing girls and I’m grateful that they call me Dad.’

It is the second time Ant has tied the knot. He split from first wife Lisa Armstrong in 2018 after 11 years of marriage and 23 years together.

It is believed the wedding cost £200,000, including £100k splashed on accommodation, room service and luxury spa treatments for their guests.

Among the wedding guests were some of his famous friends including Cat Deeley, Declan Donnelly, David Walliams, Alesha Dixon and Christine and Frank Lampard.

Absent from the big day were Britain’s Got Talent judge Amanda Holden, who is on holiday, and This Morning star Holly Willoughby.

Holly sent the couple a congratulations message on Instagram over the weekend while Amanda also apologised for not being able to attend.

Holly’s co-star Phillip was full of praise for Ant’s wedding, telling the Sunday Mirror it was ‘amazing’ and ‘really fun’.

Ant’s BGT colleague David, a judge on the ITV series since 2012, added: ‘It was very romantic. They have a great sense of humour so there were a few laughs.’

Speaking on Lorraine on Monday, Christine – who is hosting over the summer – struggled with a hoarse voice due to the celebrations.

She revealed: ‘It was a beautiful ceremony, beautiful wedding and clearly an even better nighttime party because not only was I screaming over the music, talking to everybody, but I was obviously singing as well.

‘The voice went yesterday, it’s slowly coming back today but if I lose it completely, that’s why.’