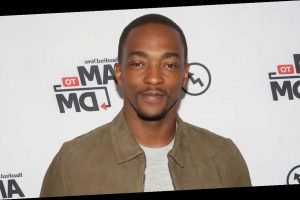 Anthony Mackie is speaking out about the lack of diversity in Hollywood. In a new interview with Fatherly, the 41-year-old actor acknowledges Marvel’s attempts at diversity, but insisted that “every studio has to do more about ushering more people into the business.”

The actor has played Falcon since 2014’s Captain America: The Winter Soldier and stars as the character in the upcoming Disney+ series The Falcon and the Winter Soldier.

“I’ll say this: I don’t think what’s happening is a racism problem. I think it’s an unawareness problem,” Mackie says. “With Marvel, I really think with most companies, they feel like they’re doing what they should be doing. In no way, shape, or form, is it enough.”

“My big thing is, put your money where your mouth is,” he continues. “You can’t cast a Black dude as one of your main superheroes and not expect him to have that conversation. It’s just in my DNA to have that conversation. It’s a huge opportunity for me to be part of the Marvel universe so it’s my job to make sure the Marvel universe is as good as it can be.”

Mackie’s comments come about one month after he first publicly criticized the studio.

“It really bothered me that I’ve done seven Marvel movies where every producer, every director, every stunt person, every costume designer, every PA, every single person has been white,” Mackie said in a conversation with Daveed Diggs for Variety‘s Actors on Actors. “We’ve had one Black producer; his name was Nate Moore. He produced Black Panther. But then when you do Black Panther, you have a Black director, Black producer, a Black costume designer, a Black stunt choreographer.”

“I’m like, that’s more racist than anything else,” he continued. “Because if you only can hire the Black people for the Black movie, are you saying they’re not good enough when you have a mostly white cast?”

Mackie also emphasized his plan to use his leading role to get more diversity from the studio.

“If we’ve got to divvy out as a percentage, divvy it out,” Mackie continued. “And that’s something as leading men that we can go in and push for.”