Home » Celebrities » Antonio Brown Accuser Contacted By Cops, AB Not Out of the Woods Yet

Antonio Brown Accuser Contacted By Cops, AB Not Out of the Woods Yet

Prosecutors and police in Pennsylvania have contacted the woman accusing Antonio Brown of rape — but officials suggest it’s unlikely they will move forward with criminal charges against the NFL star.

But, Brown might not be off the hook in Florida, where the accuser claims Brown forcibly raped her in 2018.

Remember, Britney Taylor alleges in a federal lawsuit filed earlier this month that, on TWO separate occasions in the Pittsburgh area in 2017, Brown sexually assaulted her.

The issue, according to the D.A. … “It appears there is a statute of limitations issue in moving forward with any inquiry involving the Allegheny County allegation mentioned in the lawsuit.”

In other words, if Taylor wanted Brown prosecuted in Pennsylvania, she may have waited too long to make it happen.

We should note the way the D.A. phrased its statement seems to leave the door open for possible prosecution if they learn anything new.

But, the bigger issue is Florida … where Taylor alleged the most serious crime was committed.

Sources tell us … Miami-area prosecutors have NOT reached out to the accuser or her attorneys at this point and the statute of limitations in Florida has definitely NOT run out for a rape prosecution for an incident in May 2018.

As for whether Taylor would cooperate with an investigation in Florida, her attorneys have previously issued a statement saying they would work “with the NFL and any other agencies.”

For his part, Brown has adamantly denied wrongdoing and his attorney has said they will consider their own legal options, including a countersuit.

As for the NFL, Taylor reportedly met with league investigators for 10 HOURS this week to tell her side of the story.

So far, no punishment has been handed down to Brown … and he’s expected to play again this weekend when the Patriots take on the Jets. 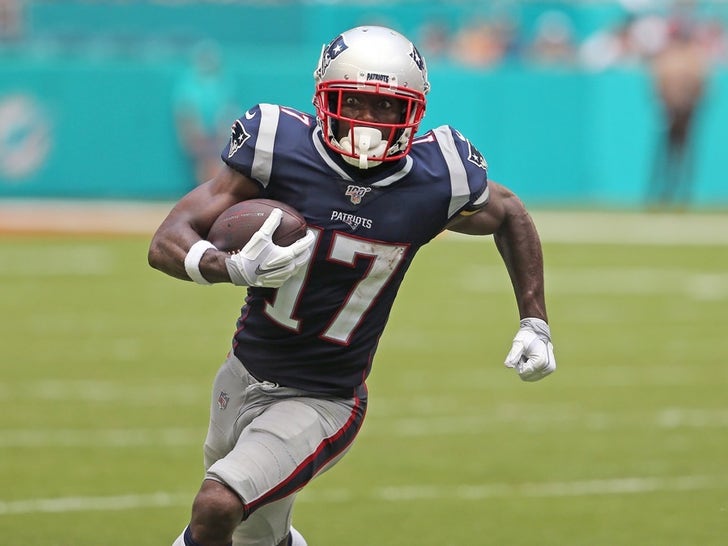 Kate Middleton and Prince William Have Expanded Their Family

The Cambridge family just got bigger. According to People, Kate Middleton and Prince William adopted a black cocker spaniel puppy from the duchess's younger brother, […]

END_OF_DOCUMENT_TOKEN_TO_BE_REPLACED

Following the tension heavy-2017 drama The Beguiled, writer-director Sofia Coppola said she was ready to shift the tone with her latest feature, Apple TV+’s On […]

END_OF_DOCUMENT_TOKEN_TO_BE_REPLACED

END_OF_DOCUMENT_TOKEN_TO_BE_REPLACED
We and our partners use cookies on this site to improve our service, perform analytics, personalize advertising, measure advertising performance, and remember website preferences.Ok