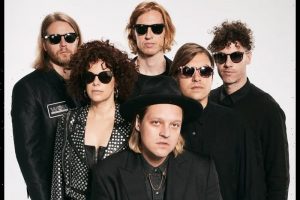 The episode will be hosted by Doctor Strange actor Benedict Cumberbatch. It will be his second time hosting the comedy show after his last stint in November 2016.

The Win Butler-fronted band will be promoting their upcoming album WE, which drops on May 6, the same day Cumberbatch’s Doctor Strange in the Multiverse of Madness releases in theaters.