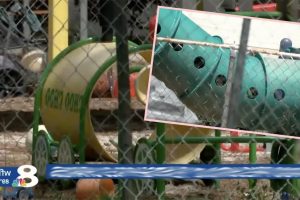 Well, that’s one way to pull off an October surprise.

Randy Kaufman is running for governing board of the Maricopa County Community College District in Arizona. A relatively low-level position in politics, but you know what? Local elections matter! And this one really does. Because this man is still on the ballot.

“ appeared to be looking at a cell phone in one hand. I immediately became alarmed as I saw had his pants down mid-thigh and was exposed showing his fully erect nude penis. was manipulating his genitals in a masturbatory manner.”

The cop writes that Kaufman didn’t notice him approach because he was so “engrossed” in what he was doing.

The most disturbing part, for the officer, was where the vehicle was parked. Not only was this broad daylight, this was not an abandoned area; the officer noted there were cars coming and going, a bicyclist who went right by the truck. And that the position was “in full view of the Wirtzels Preschool and Child Care Center.” The cop says there were “several preschool age children having outdoor activities” on the playground.

It’s not clear if committing this act in view of the children was, well, part of it — but at the very least it seems clear Kaufman didn’t mind that they were there. Just so gross.

Kaufman told the officer, per the report, that he had no idea there was a preschool there (the cop says it was in plain view “approximately 190 feet” away in the same direction the truck was facing). He’s quoted as asking:

“Are you going to put that in the report?”

“Don’t you see how alarming that is? That there are children nearby, people passing on bikes and in cars where they can look and see what you are doing?”

Kaufman was arrested for public sexual indecency, though he could end up facing more serious felony charges due to his proximity to the preschool. You can read the full report HERE.

The politician announced he was suspending his campaign on Tuesday. He didn’t mention the arrest in his statement, saying instead he “will never stop fighting to protect the United States Constitution and the values that make America the greatest country in the world.” We should note this announcement came two full weeks after the arrest. We can only guess he thought maybe it wouldn’t come out in time to stop the vote? As it is, the Maricopa County Recorder’s Office has confirmed it’s now too late to remove Kaufman from the ballot. And of course a lot of people voted early. This f**king guy could still get elected.