Arnold Schwarzenegger was photographed at the scene of the car crash at Sunset Blvd. and Allenford in L.A. on Jan. 21.

Arnold Schwarzenegger, 74, is “fine” following a terrifying multi-car accident that injured a woman. “He is fine, his only concern right now is for the woman who was injured,” a rep for the actor told PEOPLE magazine on Friday, Jan. 21 — just hours after the incident. HollywoodLife has also reached out to representatives for a statement.

HollywoodLife confirmed the crash that involved Arnold’s Yukon SUV that collided with a red Toyota Prius, which the injured woman was driving. “There a four-car accident today at 4:35 pm on the corner of Sunset Blvd. and Allenford in Los Angles,” Officer Drake Madison at the LAPD told HL. “In the accident, one car rolled on top of another. That is the only accident today on Sunset Blvd. No one is suspected to have been transported to the hospital,” he said, adding that he “could not give names” or detail the “extent” of the woman’s injuries. 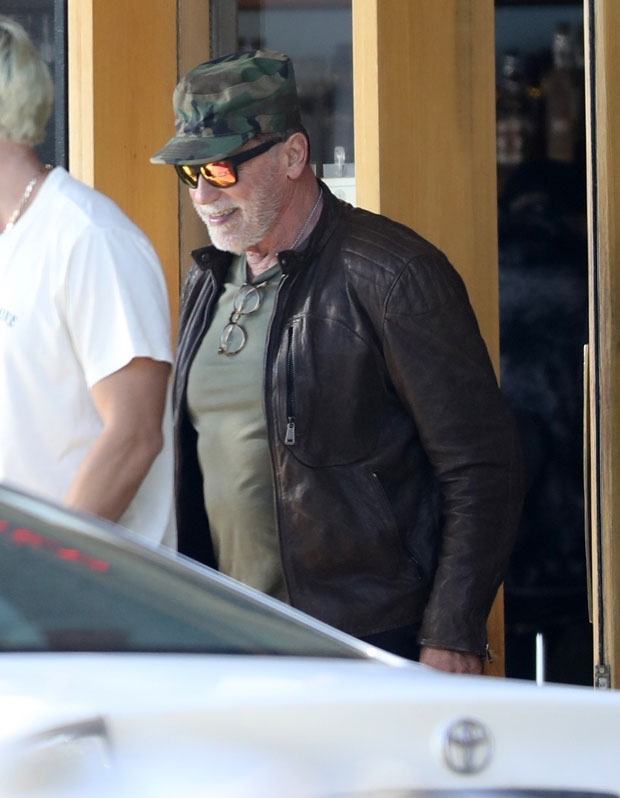 The woman was bleeding heavily from her head, TMZ reported, confirming that an ambulance rushed her to a local hospital. They also noted that that Arnold was keen to connect with and check on the woman as soon as he was permitted.

During the collision with the Prius, airbags deployed in Arnold’s Yukon SUV. After the crash, his car then rolled on top of the Prius, before turning over and rolling onto a Porsche Cayenne SUV. Arnold was photographed at the intersection of Sunset Boulevard and Allenford Avenue on the cusp of Los Angeles neighborhoods Brentwood and the Pacific Palisades on Friday afternoon talking to other individuals shortly after.

ABC 7 news in Los Angeles initially confirmed that Arnold was involved, and later aired footage of the cars being towed from an aerial view. They also reported that alcohol is not believed be a factor in the accident, which happened in the later afternoon. TMZ reported that Arnold’s friend Jake Stansfield, who was the Chairman of the Governor’s Council of Fitness when he was in office and also known from “Body By Jake”, was present during the accident.