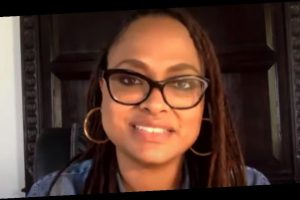 Ava DuVernay is getting real about the realization of police invisibility on The Ellen DeGeneres Show this week.

The acclaimed director opened up with the host about her reaction in watching the murder of George Floyd by Derek Chauvin and just why she was so shocked by it.

“It was because we actually watched both parties’ faces perfectly framed…It was both men, right in your face, right to the lens — one begging for his life, and one taking his life,” Ava explained.

She went on, “It made me realize that we have let police officers who abuse off the hook by allowing them to recede into society and kind of disappear…”

Ava has also just launched a new project called LEAP – the Law Enforcement Accountability Project. This initiative will aim to change the narrative around police abuse, misconduct, and murder of Black people across all genres of art and will hold them accountable for their actions.

If you didn’t see, you can now stream Ava‘s directorial debut film, Selma, on all platforms now.

You can watch her full interview below: