Home » B.J. Thomas, 'Hooked on a Feeling' Singer, Dead at 78 From Lung Cancer

B.J. Thomas, 'Hooked on a Feeling' Singer, Dead at 78 From Lung Cancer 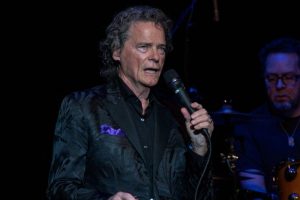 Rest in peace, B.J. Thomas. The legendary musician died on Saturday due to complications from stage 4 lung cancer, his family confirmed. He was 78.

“I just wanted to take this unique opportunity to share my gratitude to Gloria, my wonderful wife and my rock for over 53 years, my family, friends, and fans,” he said in a statement at the time, per People. “I’m so blessed to have had the opportunity to record and perform beautiful songs in pop, country, and gospel music, and to share those wonderful songs and memories around the world with millions of you.”

“I ask all of you for your prayers during this time and that my music can live on with you,” he added, remaining optimistic he’d be able to make his scheduled tour dates in April.

It is with profound sadness we confirm the passing of BJ Thomas. pic.twitter.com/l2zrmtfmKw

Thomas was best known for hits like “Raindrops Keep Fallin’ on My Head” and “Hooked on a Feeling.” Over the course of his career, he won 5 GRAMMYs, and was a GRAMMY Hall of Fame inductee. The musician sold more than 70 million albums worldwide, with eight No. 1 hits and numerous top 10 singles on the country, pop and Christian music charts.

See more on stars we’ve recently lost in the video below.