Kaitlyn Bristowe, 35, and Jason Tartick, 32, are ready to take the biggest step in their relationship. The 2020 Dancing with the Stars champ announced their engagement on Tues. May 11. She revealed how the proposal went down the day before at their Nashville home. “It was everything I could have asked for,” Kaitlyn told Entertainment Tonight. “The words that came out of his mouth were insanely beautiful. We’ve never locked eyes like that in our lives. We were holding hands, so intense, and I was listening to his every word, but still blacked out.” Jason presented Kaitlyn with a five carat oval diamond ring that you can see in photos here.

The pair were filming an episode of Kaitlyn’s Off The Vine podcast, where she was told she’d be interviewing a “special surprise guest” midway through. Instead, “Jason’s like, ‘Kaitlyn, we’re not doing a podcast.’ And I’m like, ‘You forgot to hit record, didn’t you!’” Bristowe recalled. “He was like, ‘No, this is something else,’ and he got up and I saw him bring out a ring box from the drawer.” 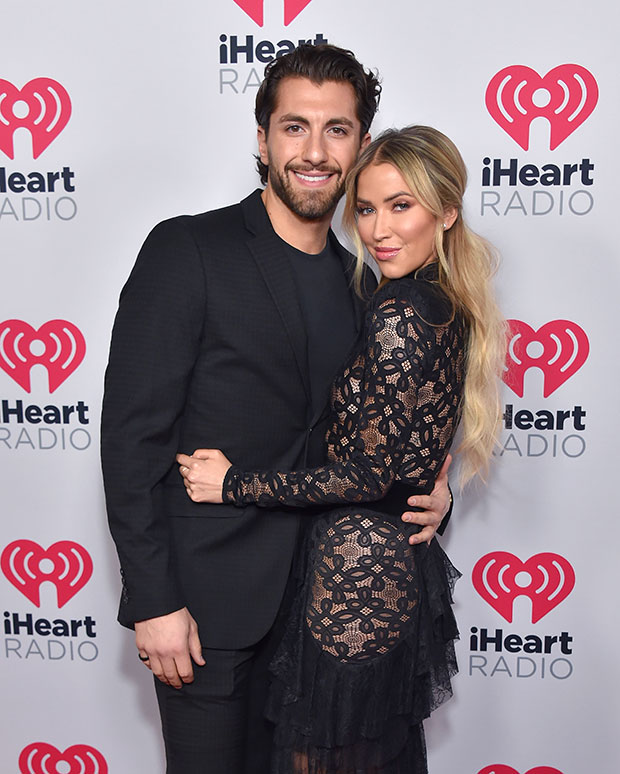 “I was trying to be present but I was so overwhelmed, and I was so embarrassed, because I was wearing a T-shirt that said, ‘Tequila for Breakfast,’” she added. “I was like, ‘This feels very on brand, but also very inappropriate!’” They later changed into more photo-appropriate clothes for official engagement portraits.

The former Bachelorette’s journey to saying “yes” to Jason’s proposal has been a whirlwind. Kaitlyn was the lead of the 11th season of The Bachelorette, where she accepted the proposal of her ex-fiance, Shawn Booth. The couple actually lasted three years, before calling it quits in November 2018. Following the amicable decision, Kaitlyn set her sights on another member of Bachelor Nation: Jason Tartick. Jason was on Becca Kufrin‘s season of The Bachelorette but was sent home during fantasy suite week. When the season wrapped, Kaitlyn had Jason on her podcast — Off the Vine — on Jan. 8, 2019 where she flat-out asked him “Are you finally gonna ask me on a date?” 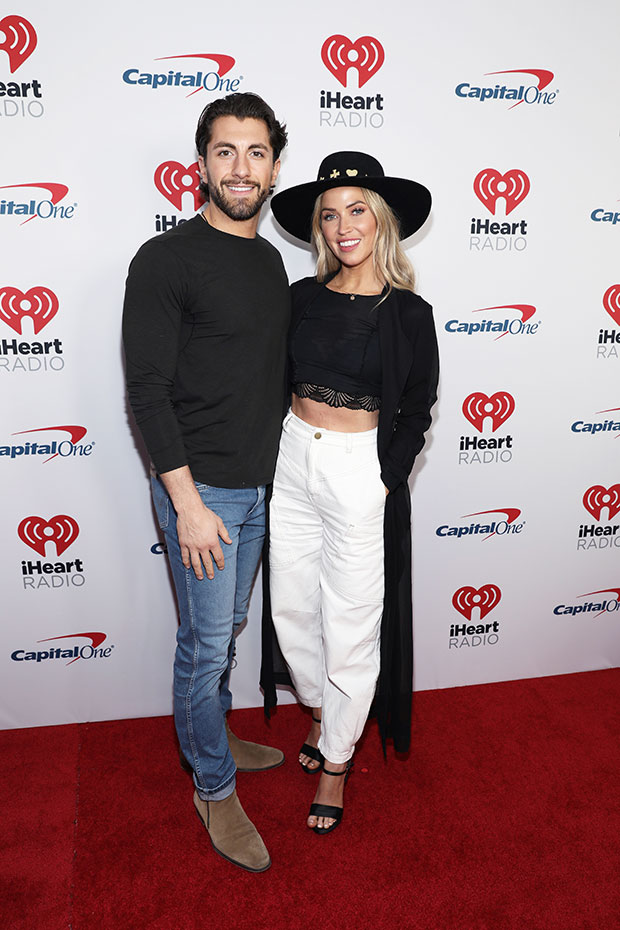 And the pair have been going strong ever since! The two have been gushing about each other and regularly post pics on their social media accounts of them out and about. On the April 11 episode of her podcast, Kaitlyn even dished on some of the more intimate details of their relationship. “We’ve talked and we’ve texted and there’s this built-up tension, and the first time we actually felt romantic towards each other … We meet up, and it’s hot and heavy,” she shared. From there, things got a little bit more explicit. “In five minutes, he picked my nose and gave me an orgasm,” she revealed. Honestly, he’s a keeper!

While their journey to find love was unconventional, they did eventually come together through The Bachelor…just off screen. As their love story heads into its next chapter, there’s only one question: will Chris Harrison officiate the ceremony? We can’t wait to find out!