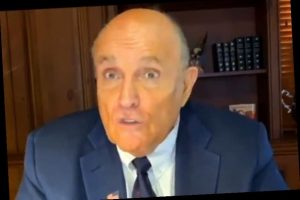 “You’ve gotta be kidding me,” Steve Bannon says as Rudy Giuliani insists mysterious Republican figures were involved in the violence 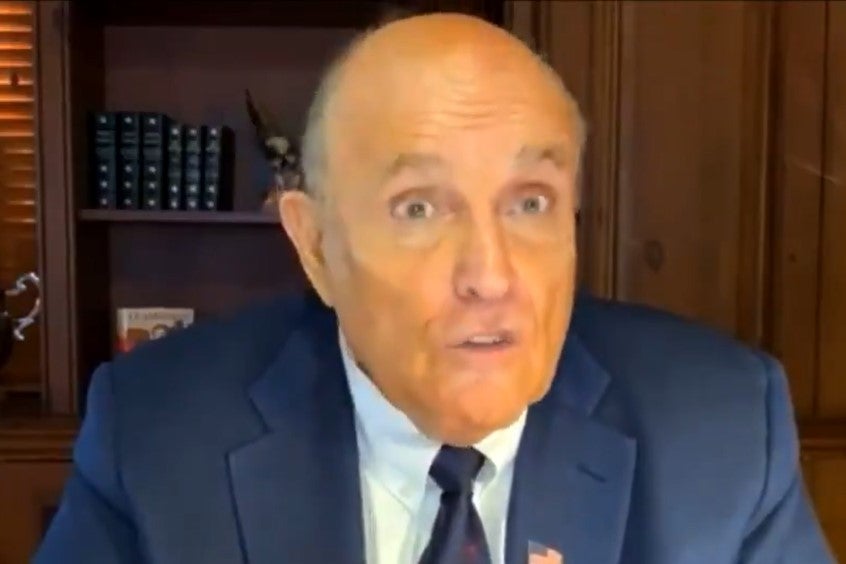 Steve Bannon laughed out loud at radio show guest Rudy Giuliani Friday after former New York City mayor insisted that someone with ties to the Lincoln Project was partially responsible for the deadly Capitol riot on Jan. 6.

“You’ve gotta be kidding me,” said Bannon as Giuliani tried to connect the group to the insurrection while refusing to name names during an appearance on Bannon’s “War Room.”

To review, Giuliani is a lawyer for former president Donald Trump, who baselessly insisted that a Nov. 2020 re-election was somehow stolen from him. Trump enlisted Giuliani to help him make the claims, resulting in dozens of lawsuits from the Trump legal team being tossed out of courts at various levels. Bannon was formerly a chief strategist for Trump and the head of Breitbart. He was arrested last August and charged with defrauding hundreds of thousands of dollars from a right-wing fundraising scheme. The Lincoln Project is a group of prominent Republicans who fundraise and speak out against Trump and those in his orbit, like Giuliani and Bannon.

During the “War Room” chat Friday, Giuliani repeated the unproven conspiracy theory that anti-fascists, known loosely as “antifa,” were somehow involved in the riot, too. The Department of Justice has said they were not, but Giuliani referenced “wolves in sheep’s clothing.” To be clear, Trump supporters rioted at the Capitol. At least five deaths have been tied to the event and two responding officers died by suicide in the following days.

Pressed by Bannon, Giuliani said, “One of the people who organized this is well known for having worked with the Lincoln Project in the past — “

Giuliani kept going, ultimately saying he couldn’t reveal the identity of the supposed Lincoln Project agitator due to “anonymous sources.”

On Twitter, the Republican group posted the video of the two men’s chat, then wrote, “If I was Rudy Giuliani I would simply stop.”

Watch Bannon and Giuliani’s exchange below: