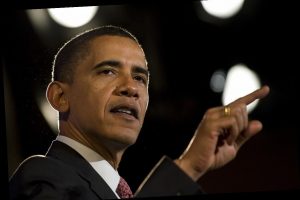 Barack Obama may not be president anymore, but he’s still delivering words of wisdom. Since leaving office, the former POTUS has been investing his time in film production, social activism, and — like every other unemployed person during this never-ending pandemic — starting his own podcast. In February 2021, Obama partnered with rock icon and strange bedfellow Bruce Springsteen to launch a podcast, Renegades: Born in the USA. The episodes have examined their friendship, race, the American dream, and more. But in the most recent episode, Obama shared some thoughtful comments on toxic masculinity and how it’s affected him over the years, and trust me when I say they’re a lot.

"There [weren’t] really any obvious role models out there for me to follow," Obama said in the March 22 episode, titled "Wrestling With Ghosts: American Men," which focused on the men’s relationships with their fathers and masculinity in America. He remarked on the absence of a consistent father figure in his life, particularly while growing up. "As a teenager, I’m trying to figure out, ‘Alright, what does this mean to be a man?’ It means you got to be an athlete, right? So basketball becomes my obsession. It means you got to chase girls, successfully or not," he added, chuckling. "If you didn’t have a father in the house, then a lot of it you’re picking up just from popular culture." 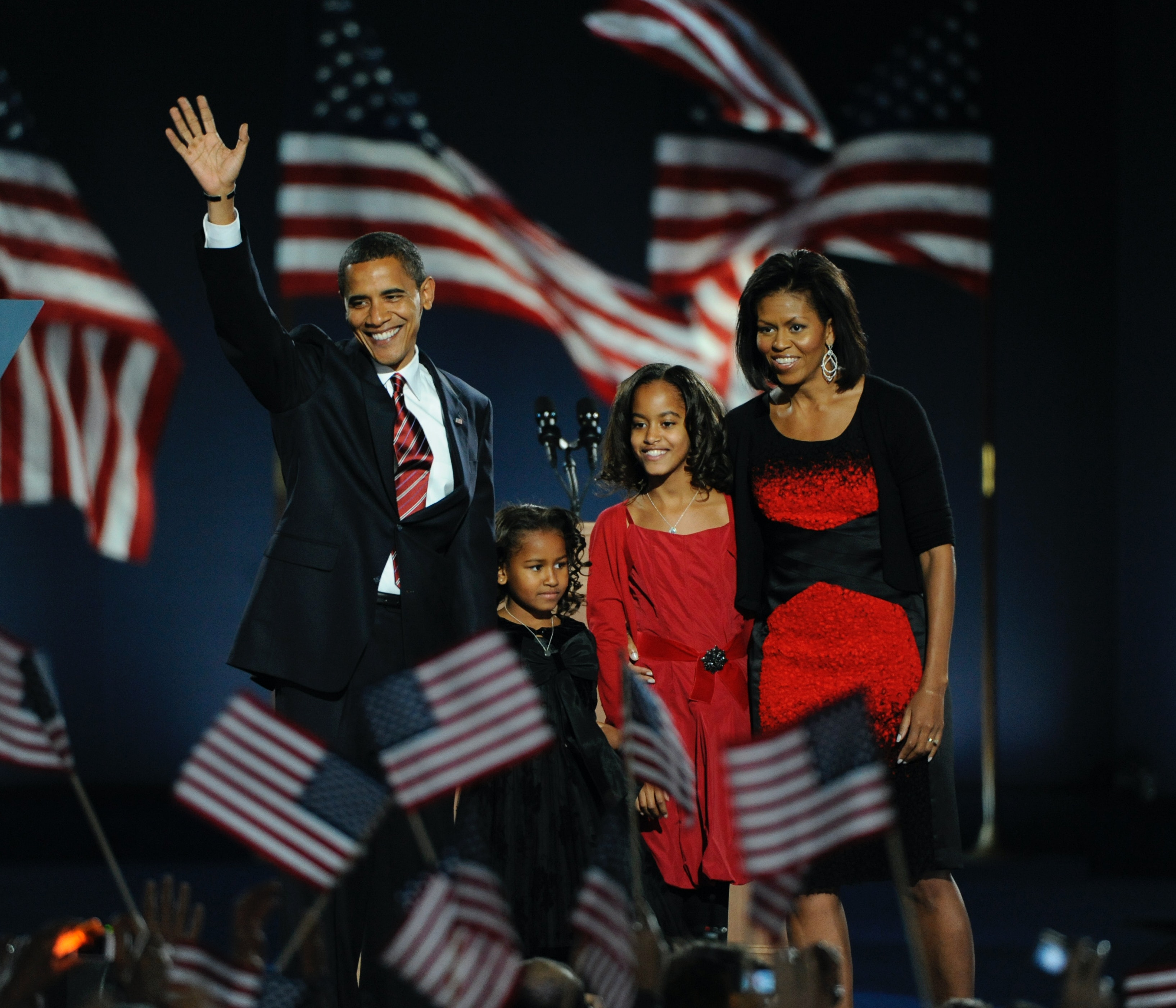 Obama later discussed talking to his daughters, Sasha and Malia, and their friends about the more toxic effects of traditional American masculinity. "The interesting thing is the degree to which [masculinity] hasn’t changed that much," he said. "I talk to my daughters’ friends about boys growing up, and so much of popular culture tells them that the only clear, defining thing about being a man, being masculine, is [to] excel in sports and sexual conquest,"

"There is a bunch of stuff in there that we did not reckon with," he added, in reference to the American understanding of masculinity. He emphasized how toxic masculinity led to many issues that became evident in the #MeToo movement, the country’s pervasive problem with pay inequality, and the ongoing prevalence of gender-based violence. "There was never a full reckoning of what our dads, who our dads were, how we have to understand that and talk about that. What lessons we should learn from it. All that kind of got buried." He noted that men of his generation ended up "carrying all the same baggage. All the same. All the same anger, all the same pent up frustrations — all the same messages," particularly those discouraging men from vulnerability and showing emotion.

In recent discourse, "toxic masculinity" has become a shorthand expression for certain harmful, sexist expectations placed on men and masculine-presenting people. "Toxic" masculinity includes behaviors like suppressing emotions, masking distress, maintaining a "tough" image, using violence as an marker of power, and believing anything "feminine" indicates weakness, per The New York Times. The social pressures are harmful: According to the Pan American Health Organization (PAHO), "societal expectations of men to be providers, to engage in risk-seeking behaviors, to be sexually dominant, and to avoid discussing their emotions or seeking help … are contributing to higher rates of suicide, homicide, addictions, and road traffic accidents, as well as chronic noncommunicable diseases among men." Because of issues relating to toxic masculinity, PAHO finds "one in five men" in the Americas will die before the age of 50.

Although the idea of traditional masculinity is steadily being redefined as gender norms become more inclusive, many of the issues surrounding toxic masculinity are still prevalent in American culture — and Obama understands that. In fact, in 2016, Obama became the first sitting president to self-identify as a feminist.

"We need to keep changing the attitude that raises our girls to be demure and our boys to be assertive, that criticizes our daughters for speaking out and our sons for shedding a tear," he wrote in Glamour in August 2016, adding that men have a responsibility to fight sexism. "When everybody is equal, we are all more free."