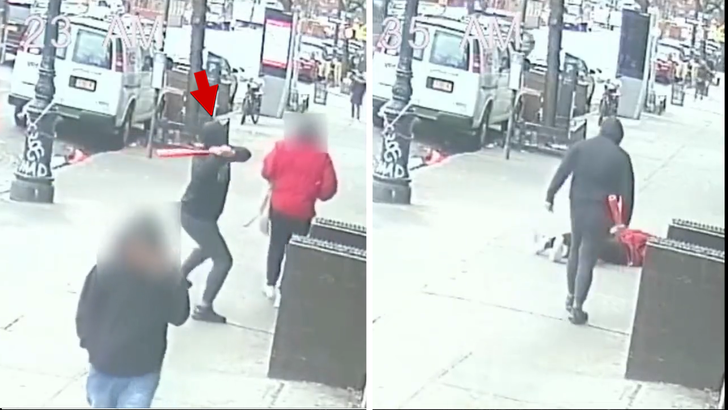 It’s a horrifying video … someone is walking down an NYC street, minding his own business, when an attacker pulls a bat out of his pants and clobbers the victim in the back of the head.

It seems like this may have been a targeted attack. You see the attacker train his eyes on the victim before pulling the bat out and swinging. The attacker is clearly enraged … screaming at the 47-year-old victim as he lay on the ground.

Before the attack, it seems the assailant — who attempted to disguise himself with a hooded sweatshirt — was tailing the victim. 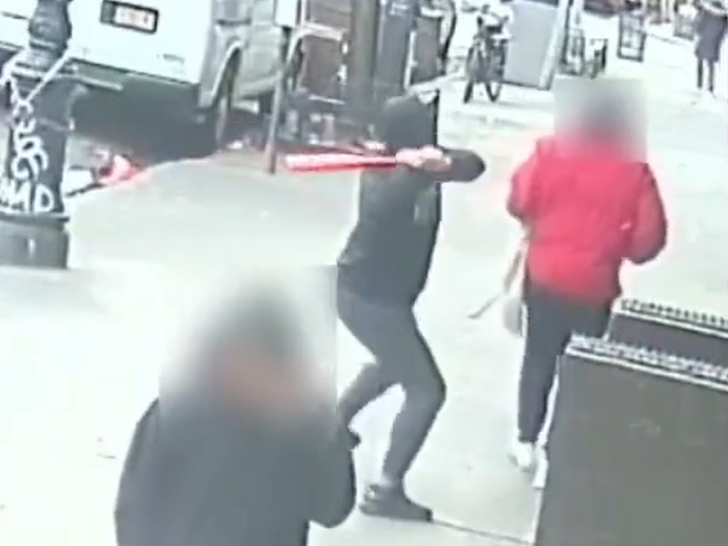 What’s more … as the attacker sets his sights on the victim, another pedestrian appears and the attacker turns away. It seems he waits for the bystander to leave the area, and when that happens the assailant makes his move.

The attacker walks away, then comes back and begins screaming at the victim and it looks like he stomps on him, then leaves. 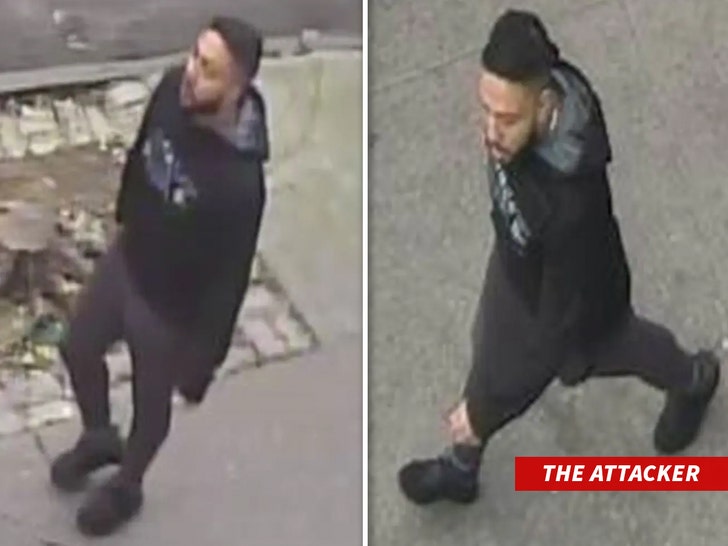 The victim was taken by ambulance to a nearby hospital with a laceration and bruises. He’s in stable condition, according to cops.

Police need the public’s help. Someone knows this guy.