‘We’re being lectured by an outsider’: Chris Packham irks New Forest locals as he claims free-ranging ponies are ruining the precious landscape

Wildlife TV presenter Chris Packham, whose impassioned criticisms of hunting and grouse shooting have infuriated the Countryside Alliance and country sportsman and cricket legend Sir Ian Botham, has now become embroiled in a war of words on his own doorstep.

The crusading naturalist is at loggerheads with Lord Teynham’s eldest son and heir, David Roper-Curzon, after alleging that the New Forest in Hampshire — where he shares a thatched cottage with his miniature black poodle, Scratchy — is being ruined by free-roaming ponies.

The outburst has riled acclaimed sculptor Roper-Curzon, whose family have lived at Pylewell Park for five generations on the edge of the New Forest, where ‘commoners’ — as locals are known — have the age-old right to let livestock wander at will. 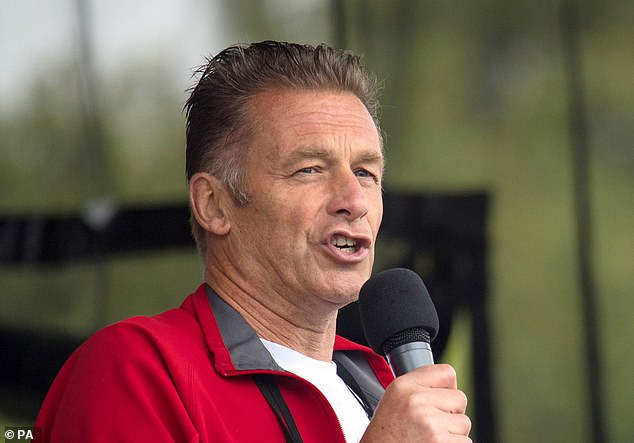 Wildlife TV presenter Chris Packham is at loggerheads with Lord Teynham’s eldest son, David Roper-Curzon, after alleging that the New Forest in Hampshire — where he shares a thatched cottage with his miniature black poodle, Scratchy — is being ruined by free-roaming ponies

‘Understandably — and judging by the reactions of some — being lectured by an outsider can become irritating, to say the least,’ Roper-Curzon tells me.

‘Mr Packham is entitled to his opinions, but no wonder he has ruffled a few feathers.’ Packham, 57, who grew up in a Southampton suburb, claims the forest is being overgrazed and has demanded a cap on animal numbers, alleging that bark is being stripped ‘from ancient beech trees and holly trees’.

One local councillor is accusing Packham of appearing ‘unwilling to allow facts and the opinions of genuine experts to get in the way of his own sensationalist self-promotion’.

Roper-Curzon, 53, points out that the ancient tradition of granting commoners grazing rights is critical to the New Forest’s unique character.

‘The ponies have special status,’ he adds, ‘and contribute to safeguarding the ever evolving ecology of the forest.

‘As is often the case, such matters are better understood by the local community.’

The Commoners’ Defence Association says that it is ‘deeply upsetting that anyone would use their celebrity status to undermine everything that is being achieved’.

Perhaps the urbane Roper-Curzon can arrange a peace conference. ‘I’ve met Chris Packham briefly at Pylewell, in connection with ‘Dogstival’, a new festival for dogs and dog-lovers,’ he explains. ‘He’s headlining it here on May 18.’

‘The movies that I used to make, from the Seventies until around 2000 — they’re not being made any more,’ the 69-year-old muses.

I thought they were so inventive and emotional and our equivalent of . . . Charles Dickens, I suppose. You couldn’t wait for the next episode. You can actually do your best work in the television format now.’

Radcliffe finds super rich fans a bit too over familiar

Harry Potter star Daniel Radcliffe, who is worth a conservative £87 million, admits that the fans he struggles with most are those from wealthy backgrounds.

‘In London, there’s a sense of English familiarity and ownership almost. Particularly, there are these super-rich, upper-class people who will just grab you like you’re theirs,’ says the 29-year-old, who now lives in the U.S.

‘I think it’s one of the reasons I love spending time in New York — no one really gives a s*** about who you are. I can walk in places, and no one cares. It’s great.’ 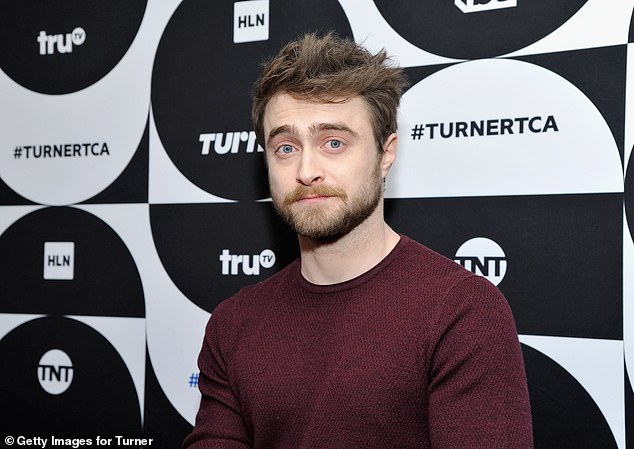 Harry Potter star Daniel Radcliffe says there are super-rich, upper class people in London who will ‘just grab you like you’re theirs’ because they have an ‘English sense of familiarity’

Ramona is all grown up now

Now 17, the actress has not only transformed her familiar blonde image by dyeing her hair dark brown, but she’s found sweet romance, too.

Ramona reveals she is dating 18-year-old Olly, and yesterday shared a picture of them enjoying a meal at a London restaurant for his birthday.

‘I love you so much,’ she writes online. ‘I’m so proud to be your girlfriend.’ 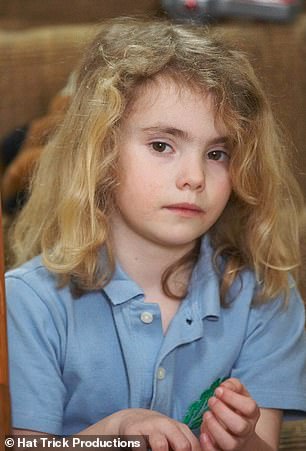 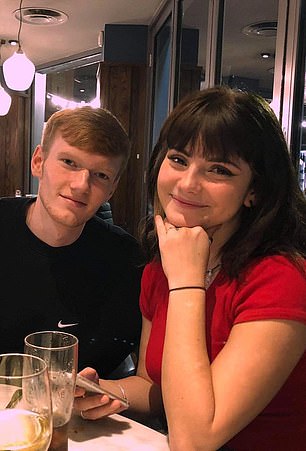 Hadid changes in a flash of green

Fashion may be fast, but Gigi Hadid proves that models have to be even faster.

She was caught running to a Milan fashion show this week in limegreen trouser suit and bovver boots, which she quickly discarded for her high fashion entrance on the runway.

The 23-year-old, who enjoys an on-off relation – ship with exOne Direction star Zayn Malik, arrived at the show with minutes to spare.

Sporting minimal makeup with her hair in a loose bun, the American man – nequin was transformed, as if my magic, into a catwalk-ready star.

Gigi then dazzled in a sheer yellow dress as she walked in the Fendi show, poignantly showcasing the final collection by late designer Karl Lagerfeld.

Prince Philip’s chauffeur has become the butt of his colleagues’ jokes after years of enjoying the ‘cushiest post at Buckingham Palace’.

Having spent weeks on end twiddling his thumbs as the Duke of Edinburgh preferred to be at the wheel himself, David Lowe’s duties have snowballed after the 97-year-old consort gave up his driving licence following his crash last month.

‘There is a lot of mickey-taking going on and David is on the receiving end,’ reports my royal insider, adding that Lowe, 46, who earns around £30,000 a year and lives in a grace-and-favour mews flat at the palace, is ‘a lovely bloke and has taken it on the chin’. 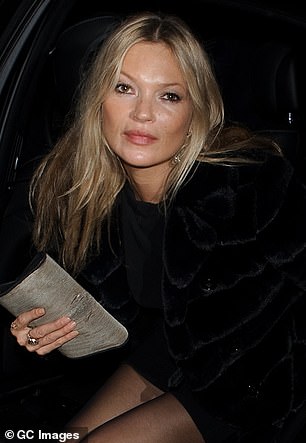 The 16-year-old has been unveiled in the latest Marc Jacobs Beauty campaign this week, in which she shows off the same pout and blonde hair as mum.

Despite signing Lila up to her talent agency, Kate, 45, refuses to be a pushy parent. ‘It’s up to her [if she wants to model],’ she said.