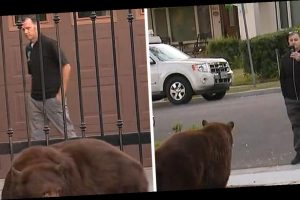 This is NOT what the saying “grin and bear it” is all about — but a bunch of Southern California residents seem to think so — coming face-to-face with one of nature’s purest killing machines.

This fairly beefy-sized bear is taking a leisurely Friday morning stroll through driveways, front yards and streets of Monrovia, CA — which is a little northeast of L.A. — and the neighbors are giving him the paparazzi treatment.

FOX11 LA’s camera people are pretty brave to capture these images, but at least they get paid — unlike the locals who are getting dangerously close to what we think is a black bear.

Officials suspect this is the same bear that was spotted outside an elementary school on Thursday … but now it’s getting even more comfortable in the ‘hood.

So far, it’s walked right up to several front doors, and even nearly came nose-to-nose with a dog. We’re happy to report no people or animals have been harmed yet. Bear sightings are common in this part of SoCal, but we don’t usually see them linger this long and take this much interest in just about everything. 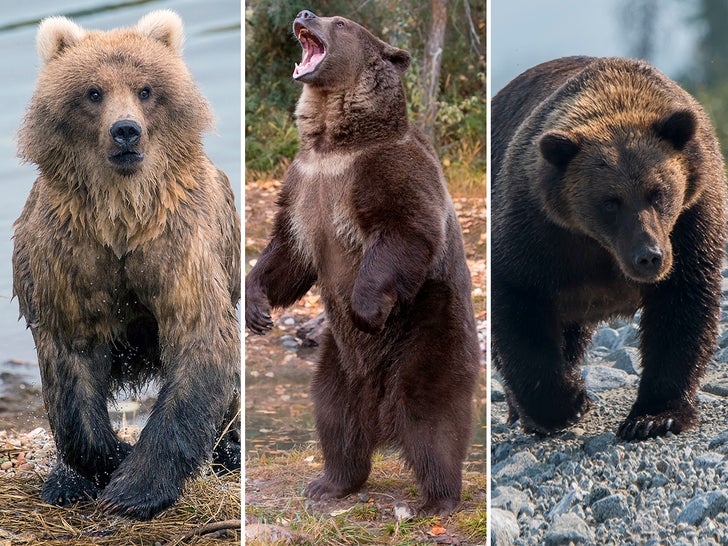 So far, this guy doesn’t seem aggressive — probably just seeking a picnic basket or 2 — but still, he’s got huge claws!!! Those too-curious humans are not nearly as big or as fast.

END_OF_DOCUMENT_TOKEN_TO_BE_REPLACED

END_OF_DOCUMENT_TOKEN_TO_BE_REPLACED
We and our partners use cookies on this site to improve our service, perform analytics, personalize advertising, measure advertising performance, and remember website preferences.Ok