Home » Celebrities » Bella Thorne & Benjamin Mascolo Call It Quits Over A Year After Getting Engaged!

Bella Thorne & Benjamin Mascolo Call It Quits Over A Year After Getting Engaged! 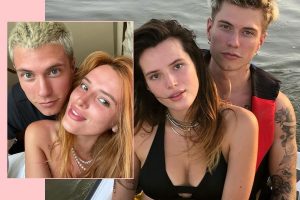 It’s over between Bella Thorne and Benjamin Mascolo!

On Thursday, a source close to the now-former couple revealed to People they had ended their engagement after over a year. As for why they called it quits, the insider spilled that it simply came down to their busy schedules, saying:

“Bella Thorne and Benjamin Mascolo have parted ways, calling off their engagement of over a year. Their conflicting schedules led to a lot of time apart that eventually resulted in the breakup, but the two have parted ways amicably.”

Shortly after the report dropped, Benjamin hopped on Instagram to confirm the news with a lengthy statement. The 28-year-old singer stated in the post that he met “the most amazing human being” more than three years ago, saying how it has been a “humbling experience to grow with her on my side.” He also expressed at the end:

“I wish only the best to this person and will always be there for her. I love you.”

It truly does seem like these two ended things on good terms. You can read the entire statement on their breakup (below):

As you may know, the two were first romantically linked in April 2019, days after the 24-year-old actress ended things with Mod Sun and later became IG official in June 2019. Bella and Benjamin then announced their engagement in March 2021, with a video showing off the massive pear-shaped diamond ring on IG Stories. It really did seem like these two were going to go the distance…

Are you surprised Bella and Benjamin broke up? Drop your reactions in the comments below…