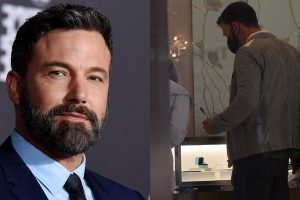 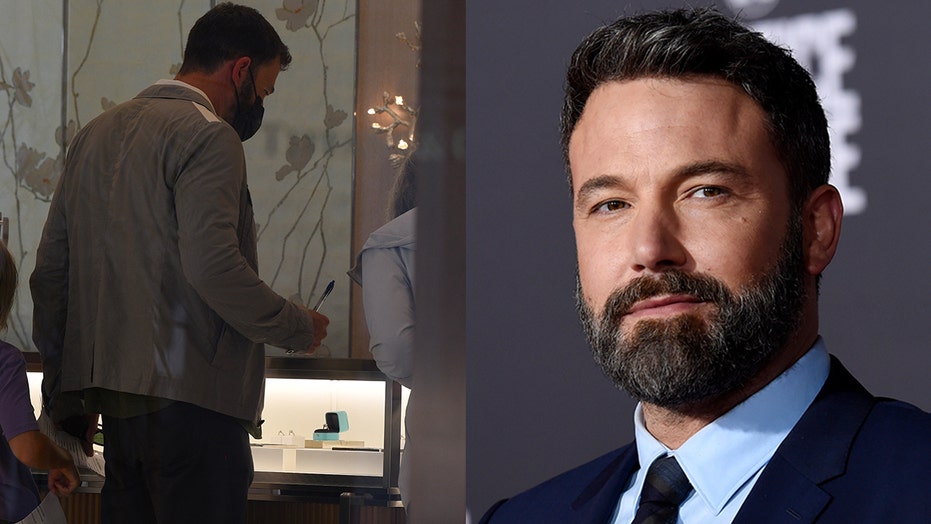 Affleck, unable to shake a sleuthing tail, was photographed on Monday perusing the glass cases at the jewelry store.

For the casual outing, the “Way Back” star was accompanied by his mother, Christopher Anne Boldt, and his son Samuel. Affleck looked unassuming in a gray Members Only-style jacket over a dark green colored shirt which he wore over another gray T-shirt.

Affleck capped off the look with dark pants and comfy running shoes — being sure to mask up amid the crowd. 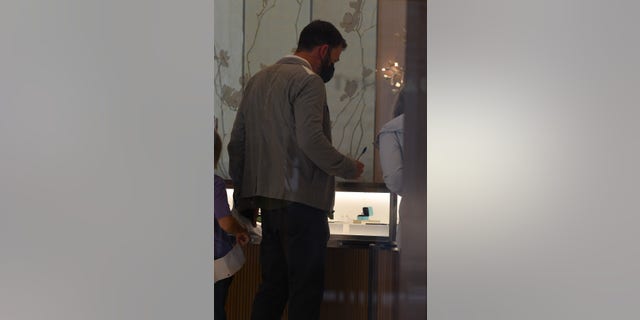 Ben Affleck was spotted on Monday looking at rings and other jewelry at Tiffany and Co. at Century City mall in Los Angeles.
(Backgrid)

The sighting prompted fans to wonder if Affleck and Jennifer Lopez were heading down the path of engagement for the second time.

However, Fox News is told that the “Argo” director-star and his family not only walked by many other stores in the Century City mall, but they also looked at other items at the jewelry store. The source added that the trio was simply taking in some fresh air at the outdoor retail center.

Affleck’s latest spotting comes after he and Lopez just enjoyed a low-key 49th birthday celebration for the actor. In addition, the couple has been spotted house-hunting as of late.

Earlier this month, the A-list pair walked a monumental 38,000 square-foot mansion located on a dead-end street in Beverly Hills. The $85 million property features 12 bedrooms and 24 bathrooms plus an indoor sports complex. 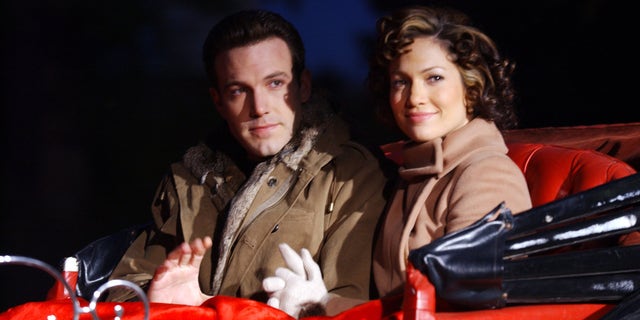 After appearing together in ‘Gigli,’ the two filmed ‘Jersey Girl’ with one another. In November of 2002, Jennifer Lopez confirmed that Ben Affleck had proposed to her. The 6.1-carat pink diamond ring reportedly cost the Oscar winner $2.5 million.
(Tom Kingston/WireImage via Getty Images)

Lopez, 52, and Affleck were first spotted together in late April after she ended her engagement to Alex Rodriguez just a few weeks earlier. The “Maid in Manhattan” star and the “Good Will Hunting” actor were originally together from 2002-2004.

Following their initial split, Affleck married actress Jennifer Garner in 2005. The pair – who share three children together – divorced in 2018.