Beyonce Thanks Meghan Markle For Her ‘Courage’ During Bombshell Oprah Interview 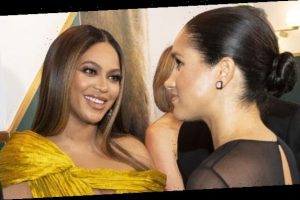 Beyonce praised Meghan Markle on her website in response to the fearless interview she gave about her struggles in the royal family.

Beyonce, 39, is speaking out in support of Meghan Markle, 39, after her explosive interview with Oprah Winfrey about racism and other struggles she had to endure while working as a senior royal. The singer shared a sweet message of thanks to the Duchess of Sussex on her official website and it included a photo of the two of them smiling and greeting each other at the London premiere of The Lion King in July 2019.

“Thank you Meghan for your courage and leadership,” Beyonce wrote in the post. “We are all strengthened and inspired by you.”

The kind gesture started making its way across social media shortly after it was published and users shared their delight in one influential woman supporting another. “Imagine Beyoncé being inspired by you. The power that Rachel Meghan Markle holds is beyond human comprehension,” one Twitter user wrote while another gushed, “Queen Bey supporting her Princess.” 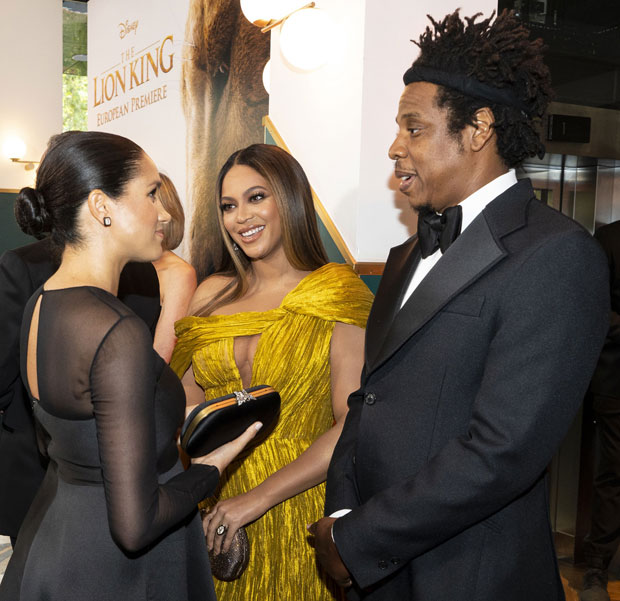 “Thank you Beyonce for your supportive message to Meghan Markle,” a third shared while a fourth said, “I love this” along with a heart emoji.

Beyonce’s message of gratitude for Meghan comes just two days after the soon-to-be mother-of-two shocked the world when her and Prince Harry‘s sit-down with Oprah revealed they had to deal with racial and security issues within the royal family before stepping down from their royal duties early last year. During her chat with the talk show host, Meghan claimed there were discussions about how dark her and Harry’s son Archie‘s skin would be when she was still pregnant with the now one-year-old. She also claimed that Buckingham Palace wouldn’t let him have the title of a prince and even denied him security protection.

“In those months when I was pregnant, all around this same time… we have in tandem the conversation of, he won’t be given security, he’s not gonna be given a title and also concerns and conversations about how dark his skin might when he’s born,” she said during the interview.

Although she refused to say which member of the royal family was part of the skin color conversations, she did say it was revealed to her through Harry, who also refused to go into details about the topic. The married couple also touched upon the harshness and lies about them in the British press and Meghan’s suicidal thoughts, which she claimed she wasn’t allowed to get help for.

On Mar. 9, Harry’s grandmother, Queen Elizabeth II, 94, released a statement in direct response to the interview. “The whole family is saddened to learn the full extent of how challenging the last few years have been for Harry and Meghan,” the statement read. “The issues raised, particularly that of race, are concerning. While some recollections may vary, they are taken very seriously and will be addressed by the family privately. Harry, Meghan and Archie will always be much loved family members.”