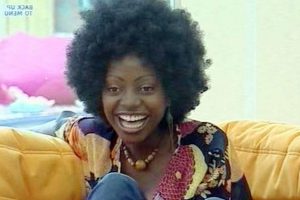 Big Brother star Makosi Musambasi is living quite the different lifestyle 17 years on from her time on the show, after moving to the glamorous location of Dubai.

The 41 year old appeared on the Channel 4 series back in 2005 and caused quite a stir in the house, before ending up in third place.

And in new pics, Makosi appears unrecognisable in photos taken of her new life posted on her Instagram page, as she enjoys working hard and playing hard in the United Arab Emirates city.

Zimbabwean model Makosi was the first African contestant to appear on Big Brother in the UK. At the time she appeared on the show, she lived in High Wycombe and worked as a cardiac nurse.

Now, the star lists herself in her bio as a motivational speaker and certified life coach in Dubai, along with being a social golfer on the side.

Makosi’s golfing hobby is showcased all across her page, as she is seen in photos and video clips practising her golf swing on the course in front of epic views of the Dubai skyline.

The life coach is also seen giving speeches for her own podcast and lifestyle and current affairs show which airs in Nigeria, called Makosi Today.

Makosi infamously got frisky in the hot tub with fellow Big Brother contestant Anthony Hutton, who went on to win the show.

The nurse later asked for a pregnancy test following the steamy session — though she admitted afterwards it was all in aid of her game plan.

While Makosi had a great time on the series, her life was met with difficult experiences afterwards, as she was ordered to leave the country shortly after following visa issues as her sabbatical with the NHS had been withdrawn.

Makosi appealed the decision and applied for asylum as she claimed her home country was unsafe. She ended up being deported in 2012.

The life coach suffered another terrible personal tragedy as she was diagnosed with breast cancer in 2017.

Makosi opened up about her health battle as she spoke to OK! in 2020. She said: "So what happened is that I had breast cancer in 2017. And I had a mastectomy and chemotherapy.

"I lost my hair and I almost lost my identity. And when I was doing my radiation, I was looking for that thing to give me back my confidence again.

Despite her trials, it appears the lioness is back, as Makosi looks to be having a great life in Dubai.