Home » Celebrities » Bill Maher calls out AOC for dismissing 'wokeness' critics, challenges her to appear on his show

Bill Maher calls out AOC for dismissing 'wokeness' critics, challenges her to appear on his show 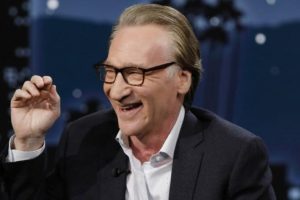 During his closing monologue, Maher attempted to point Democrats in the “right direction” following their devastating defeats in the November elections ahead of the 2022 midterms.

He cited commentary from veteran Democratic strategist James Carville, who blamed his party’s losses on “stupid wokeness,” a view that Ocasio-Cortez rejected, claiming the term is “almost exclusively used by older people these days … so that should tell you all you need to know.”

“What?!” Maher reacted. “This is a term folks like you brought out very recently, had been proudly displaying it every march since. Just last year, The Guardian declared ‘woke’ the ‘word of our era.’ I guess they didn’t get the memo from the Mean Girls Club.

“What a great strategy, never missing an opportunity to remind voters how lame and clueless and hopelessly cool they are, especially since those are the ones who actually vote,” Maher scolded Ocasio-Cortez. “But OK, fine. What word would you like us to use for the plainly insane excesses of the left that are not liberalism but something completely different? Because you can’t have that word ‘liberal’ from us and think it should cover things like canceling Lincoln. And teaching third-graders they’re oppressors. That’s all your new-think.”

“OK, fine. What word would you like us to use for the plainly insane excesses of the left?” 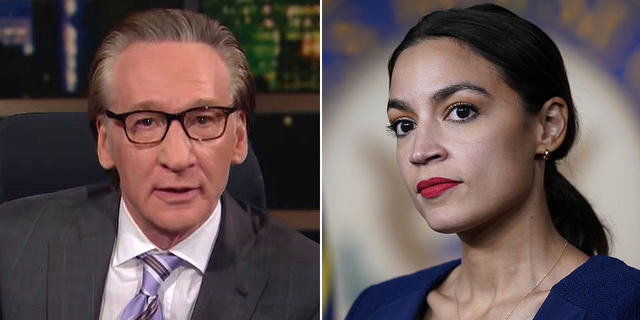 The HBO star suggested the “more pertinent question” to ask is why the term “woke” went from being a “rallying cry to a pejorative.”

“If the word only made you think of rational, deserved causes like teaching a less whitewashed version of American history, AOC would still want to own it. But it’s a joke because it makes you think of people who wake up offended and take orders from Twitter. And their oversensitivity has grown tiresome,” Maher said.

Maher went on to say that he’d “love” to have the congresswoman on his show since there’s “so much to admire” about her, expressing gratitude toward her for spearheading the Green New Deal.

“But that will probably never happen because Democrats don’t go anywhere these days where they’re not being adored,” Maher said. “And that’s my last bit of advice to them. Go where the ‘amen corner’ isn’t. Do Fox News. Be brave. Come here. Go everywhere. Winning is about expanding the electorate.”

Earlier in the week, Maher railed against Democrats for becoming “completely toxic” to ordinary Americans, particularly in the age of wokeism.

“Woke — I don’t remember the day the term was born, although I hear AOC says, ‘Only old people use it now.’ Well, you gave it to us. Like five years ago. So sorry we didn’t get the memo,” Maher told CNN anchor Chris Cuomo on Wednesday. “In its best sense, if we’re talking about being aware of things we should have always been aware of more, reckonings that we’ve had … but there’s a reason why the term ‘woke’ has come to signify going too far. And doing things that don’t make sense.”

“I keep saying this to the Democratic Party. The reason why you’re so toxic is because you’ve become the party of no common sense. And people see this on their newsfeeds,” Maher said. “They see things on their phone or on their Facebook page, people pass things around and it’s a constant drip, drip, drip of ‘Oh, these people are nuts’ in a way — they’re not oblivious to the fact that Trump is nuts. When he ran, one of his big selling points was ‘You’ve got no choice.’ He was saying, ‘Yes, I know I’m nuts. You know I’m nuts. But they’re nuts in a very different way that’s closer to home to you.'”