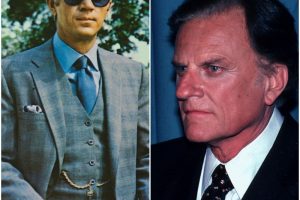 In November of 1980 actor Steve McQueen, who established himself as the “King of Cool” through his starring roles in films including Bullitt and The Great Escape, died of complications from cancer.

As his condition worsened, he requested a visit from evangelist Billy Graham asking that he come “sooner rather than later.” 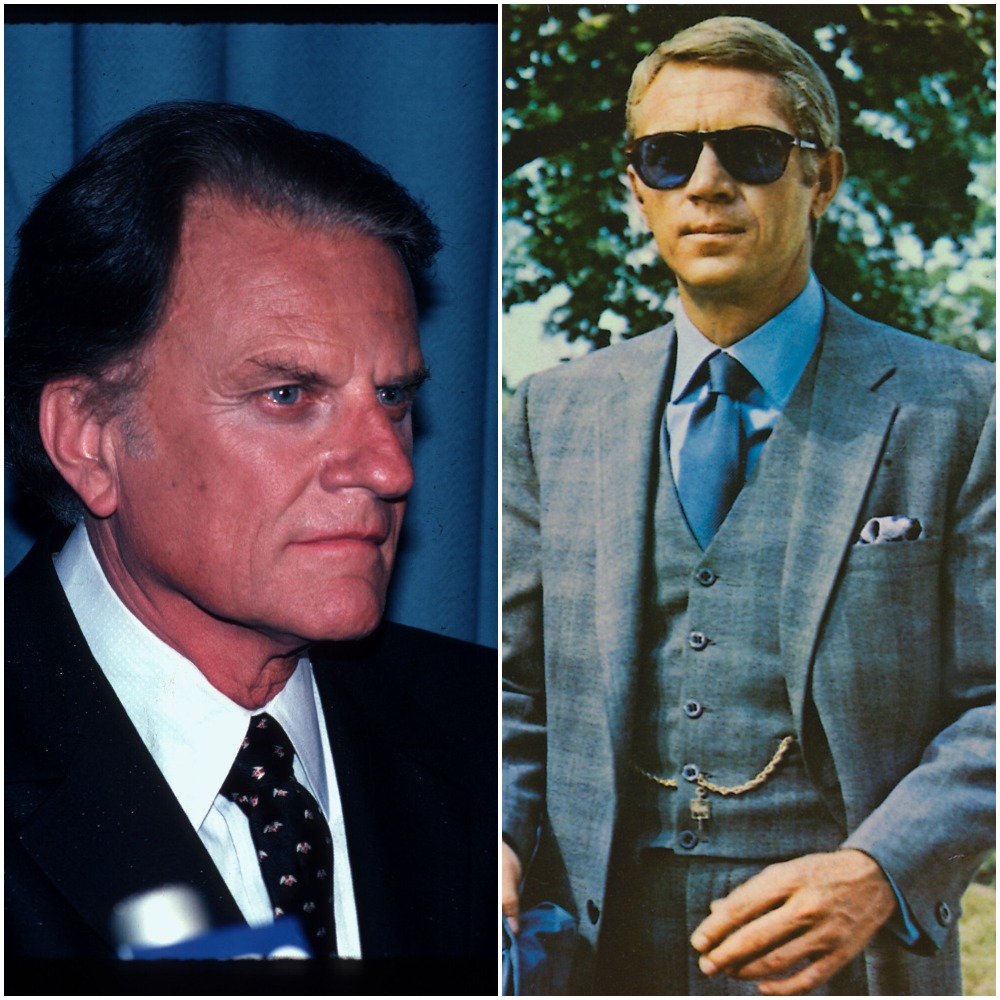 McQueen was diagnosed with cancer in 1979

According to Steve McQueen: A Biography author Marc Eliot, the actor had been told by those close to him that his appearance had become concerning. He looked “terrible.” He, in fact, admitted he wasn’t feeling well and finally agreed to see his physician.

A large tumor was found on his right lung and he was diagnosed with “incurable mesothelioma.”

McQueen requested a visit with Graham

McQueen tried everything from having “radioactive cobalt surgically implanted in his chest cavity for a month” to “a new, experimental drug, interferon.”

No treatment helped. The cancer had spread “to his neck, abdomen, and chest, ruling out any further conventional treatments such as chemotherapy or radiation. When his doctors told him he should start to put his affairs in order, he became even more desperate to find a cure.”

He even traveled to Mexico to be treated with “a daily regimen of 50 vitamin and mineral pills and enzymes,” among other interventions.

Finally, weeks before his death, McQueen asked a California pastor to contact Reverend Billy Graham to visit him.

According to Greg Laurie author of Steve McQueen: The Salvation of an American Icon, “Steve had mentioned to his pastor [Leonard DeWitt] how much it would mean for him to meet Billy, and as McQueen’s condition worsened, Leonard picked up the phone.”

DeWitt asked Graham’s staff to let the evangelist know that if he could come at all, “it should be sooner rather than later.”

Graham reportedly said it was McQueen who ministered to him

By October of 1980, McQueen was scheduled on November 6th to have more tumors surgically removed. His staff had at last been able to reach Dr. Graham and the evangelist met with the actor on November 3rd.

Graham was quoted as saying, “Though I had never met him before, I recognized him immediately from his pictures, even though he had lost considerable weight. He sat up in bed and greeted me warmly.”

According to Laurie, McQueen told Graham of his newfound faith, that for about three months before discovering he was ill, he had been attending church, reading his Bible, and praying.

Graham rode with McQueen to the airport for what would be his final surgery in Mexico. He reported later that the actor had asked him about the afterlife.

The preacher gifted McQueen with his personal Bible, inscribing it with the words “To my friend Steve McQueen. May God bless you and keep you always. Billy Graham. Philippians 1:6, Nov. 3, 1980.” As Graham left McQueen, the actor “called out, ‘I’ll see you in heaven!’”

Graham later said of his visit with McQueen: “I look back on that experience with thanksgiving and some amazement. I had planned to minister to Steve, but as it turned out, he ministered to me.”

McQueen survived the surgery but died on November 7th of a heart attack. His family told Laurie “The Bible given to Steve by Billy Graham – his most prized possession – was clutched tightly in Steve’s hands on his deathbed.”