Bradley Cooper Is "Terrified" of Singing "Shallow" Live at the Oscars 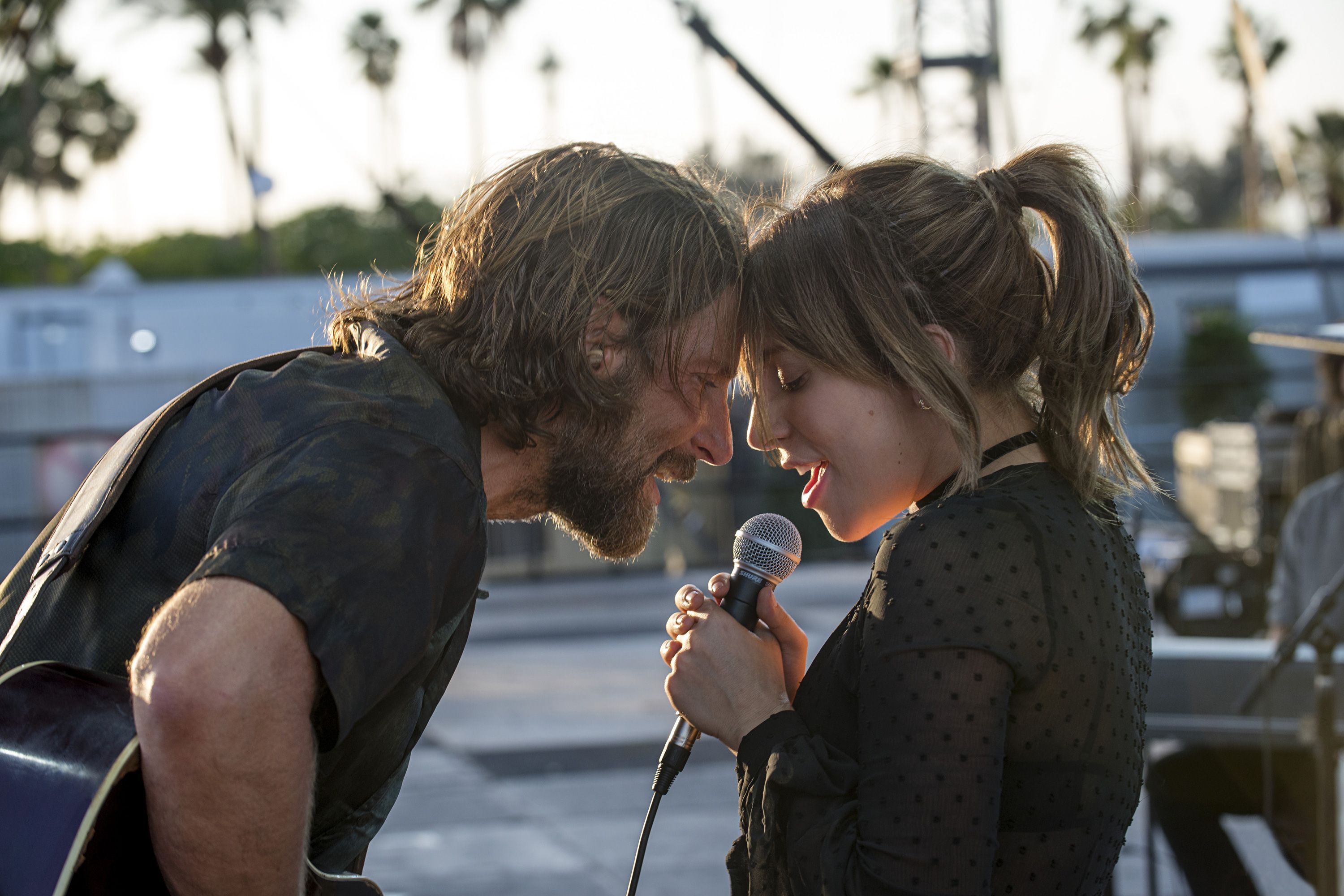 Bradley Cooper is anticipating some stage fright when he performs A Star Is Born‘s hit song, “Shallow,” with Lady Gaga at the Oscars on February 24. Although he nailed his role as rockstar Jackson Maine opposite Gaga’s Ally in the musical drama, he’s a bit nervous about performing with the superstar in real life.

“I’m sure I’ll be terrified,” he told E! News at the Directors Guild of America Awards on Saturday. “I was like, ‘Why? I must have some sort of death wish!'” he later told Extra of the upcoming performance.

Cooper revealed that he even caught the nerves when he joined Gaga onstage in Las Vegas last month. “That was terrifying,” he also told E!. “Oh yes. I just had to like, zen out and just pray that I wasn’t gonna ruin her show. Because think about it, she just crushed it for two hours and I thought, ‘Please, let me just be on pitch.'”

The A Star Is Born actor and director joined Mother Monster during a concert for her Enigma residency in Vegas, surprising fans in the audience and across the Internet. As expected, they performed “Shallow,” and members of the crowd sang along.

A Star Is Born received eight Oscar nominations including Best Picture, Best Actress (Lady Gaga), Best Original Song (“Shallow”), Best Actor (Cooper), Best Supporting Actor (Sam Elliott), and more. The Academy Awards air on Sunday, February 24 at 8 p.m. ET on ABC, but you won’t have to wait until the end of the month to watch ASIB vie for a trophy.

“Shallow” is also nominated for multiple Grammy Awards: Record of the Year, Song of the Year, Best Pop Duo Performance, and Best Song Written for Visual Media. The ceremony is Sunday, February 10, airing on CBS.