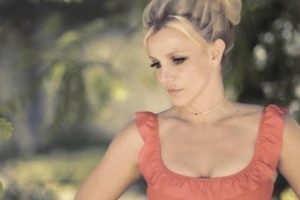 Now that Britney Spears can finally hire her own attorney, she is actually able to fight for her freedom.

With that in mind, Britney asked the court to let her fire her father from her conservatorship well in advance of her next hearing.

Sadly, that request was turned down by the judge, stirring Britney’s supporters to sadness and anger.

As for Britney, she is opening up about the all-too-familiar feeling of hopelessness.

“I was like “My flag up over the American Flag !?!?” she remarked, referring to a #FreeBritney flag.

“I know in my previous post I said you guys know my situation,” Britney continued her caption.

“But,” she asked her fans and followers, “LET ME CLARIFY …”

The 39-year-old superstar reminded the world that “you only know half of it !!!!”

“And for a lot of you who say I should be cautious with what I post …” Britney began.

“I mean if you REALLY THINK ABOUT IT …” she went on.

“With what I’ve been through,” Britney noted, “I believe I been WAAAY TOO CAUTIOUS !!!!”

By caution, Britney is referring to how she has spent years hiding her pain on social media, as if everything were fine.

Only in very recent months has Britney opened up about how catastrophically, unjustly not-fine things are.

Britney followed that post with another, one that was a little more raw and expressive about her mood.

“In a system where I’ve felt completely hopeless for so long,’ Britney began, “at least I do have a platform to share!!!!”

Not having a voice would just be one pain among many given how many of her fundamental human rights are denied to her.

Britney, one of the most talented singers on the planet, then quoted the lyrics of one of her few living peers.

“As Selena Gomez says it best – The world can be a nasty place … I know it … you know it … kill them with kindness!!!” she wrote.

The absolute bop that Britney is quoting is absolutely right.

“Unfortunately the news has been pretty nasty,” Britney grimly acknowledged, referring to negative coverage of her social media posts.

Way too many reports about her have been “saying horrible and mean lies about me” like they did before her conservatorship began.

“Pssss this was the coolest thing I’ve ever seen in my life,” Britney captioned under an eye-popping cooking video.

“And,” she revealed, “it’s inspired me to take on a new passion in the cooking field !!!!”

“Love you @britneyspears!” she gushed. “You’re welcome to come cook with me any time!”