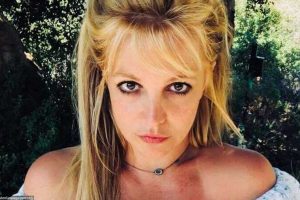 An unnamed boyfriend of the ‘Toxic’ hitmaker says he is willing to testify in order to get her out of conservatorship as he details the control the conservators have over her.

AceShowbiz –Britney Spears desperately wants a baby girl, according to an ex-boyfriend.

The “Lucky” singer testified in court for 30 minutes on Wednesday (23Jun21) while urging a judge to lift the conservatorship she has been under since 2008, branding the situation “abusive” and comparing her situation to “sex trafficking” because she was allegedly forced to perform against her will and was blocked from marrying her partner, Sam Asghari, or having children with him.

And now one of her ex-lovers, who refuses to identify himself out of fear of retribution, tells the New York Post Britney, who is mum to two sons, has longed for a daughter for many years, but those in charge of her affairs, including her father Jamie Spears, shut those plans down.

“What she wants more than anything is to have a baby girl,” the anonymous ex says. “That’s all she’s ever wanted, really. They kept her from that. They told her she had to do the Vegas show instead.”

Britney told the court her conservators insisted she implant an IUD contraceptive device to prevent her from falling pregnant, and she wasn’t allowed to have it removed.

Her ex insists he wasn’t aware of this and just assumed “they were giving her birth control pills every day, since there was no way they’d let her get pregnant when there was the Vegas show to do.”

The unnamed ex is now worried conditions for the “Toxic” hitmaker have worsened since they were together for over a year, noting that back then she was allowed her own phone and could go out on dates with him, although she didn’t have control of her social media accounts.

By contrast, Britney told the court she wanted Asghari “to be able to drive me in his f**king car” and to be able to remove her IUD.

Referring to Britney’s dad, her former co-conservator Andrew Wallet, and ex-business manager Lou Taylor, the ex adds, “All they had to do was help her straighten out, get clean and get with the right people. Instead they saw it as a way to get control of her, put her under their thumb and make money off her.”

The ex said he was most angry during Wednesday’s hearing when the singer’s court-appointed lawyer, Samuel D. Ingham III, said his client had never asked to end the conservatorship.

He fumes, “She asked him four or five times a week to end the conservatorship and they would always give her some sort of BS (bulls**t). Ingham used the word ‘formally.’ What does that even mean when someone calls you four times a week (asking), ‘How do I end this…?’ I hope she sues the s**t out of them for this. I will testify if it comes to that.”