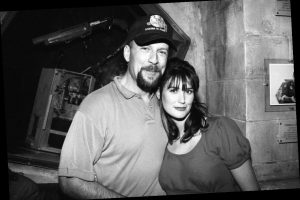 At one point in time, Demi Moore was the most successful actress in Hollywood. She starred in several box office hits throughout the ’80s and ’90s, which made her one of the most beloved celebrities in Hollywood.

Yet everything turned to chaos once she married Bruce Willis. Despite how much they loved each other, the Die Hard actor was uncomfortable with his wife’s unfathomable success. And eventually, he admitted to Moore that their marriage would “never work” unless she became a stay-at-home mom.

According to Moore’s recently published memoir, Willis was the ultimate gentleman when they met. He nearly swept Moore off her feet by the way he courted her, and she admits in her book that she had never encountered someone so romantic before.

“I had never encountered treatment like this before,” she writes in her book. “Bruce was so gallant- In his own boisterous way, a real gentleman. When I said it was time for me to go home, he offered to walk me to my car. He was so eager about it- like a little boy who didn’t want to miss the ice-cream truck. When he asked for my number, I felt a wave of schoolgirl flutters.”

Moore adds that when Willis wrote down her number, his hands were shaking. “He was so vulnerable in that moment,” she writes. “All the bravado was gone.”

And the real kicker? Willis was on a date with another woman the night he met his future wife!

In about four months time, Willis and Moore got married and had a kid. Soon, they were blessed with three beautiful daughters. Instead of staying in LA, the family packed up to live in Iowa so they could get away from all the Hollywood noise.

But despite their residence in the midwest, Willis and Moore continued to thrive as Hollywood movie stars. Unfortunately though, Willis was uncomfortable with Moore’s celebrity status.

He wanted his wife to stay at home with the children so he could be the breadwinner of the family. But Moore wasn’t going to have it. Her career was thriving, and she continued to pursue acting.

One day, she got a fantastic opportunity to make a film with Robert De Niro. Unsurprisingly, she decided to take the offer.

Willis was not happy with her decision.

“This will never work,” he said, (referring to their marriage.)

“What do you mean this will never work?” she asked.

“This is never going to work,” he continued, “if you’re off shooting a film.”

Moore says that what he meant was, “our life wouldn’t work if I was engrossed in something outside our family.”

In Moore’s memoir, she says that while she was more successful than ever in her acting career, her home life was slowly falling apart. “My professional life was soaring,” she writes. “My personal life was painful.”

Luckily, Willis and Moore are now closer than ever before. Despite their divorce in the late ’90s, the two continue to co-parent their three daughters, who are now well into adulthood.

In fact, Willis and Moore recently quarantined together as a family. They can be seen on Twitter and Instagram having a blast, while dancing around the house and hosting family paint nights.

All’s well that ends well for Willis and Moore!

END_OF_DOCUMENT_TOKEN_TO_BE_REPLACED

END_OF_DOCUMENT_TOKEN_TO_BE_REPLACED
We and our partners use cookies on this site to improve our service, perform analytics, personalize advertising, measure advertising performance, and remember website preferences.Ok