Caitlyn Jenner Looks Back On Her Transition 5 Years Later 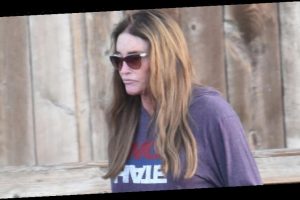 Caitlyn Jenner wears a Love over Hate sweater while picking up a few items from the store in Los Angeles on Friday evening (June 12).

The 70-year-old reality star was seen running a few other errands while out and about in the city, although she wasn’t pictured with a mask.

“I thought, what a great opportunity to change the world’s thinking,” she shared with People about how she was going to make her mark as Caitlyn. “51 percent of trans people attempt suicide. The murder rate — we’ve been losing one trans woman of color every two weeks.”

However, some weren’t ready to change, given her controversial political views.

“They said I’m ‘too controversial.’ And that hurt,” Caitlyn added. “I think I had been wearing rose-colored glasses. I thought I could change the world. Now I know I can only try and change one person at a time.”

But still, after everything, Caitlyn says she has no regrets about her transition.

“This is my journey. Yes, it is different than other trans people. I get it. But the bottom line is this: When I wake up in the morning, I’m happy with myself.”