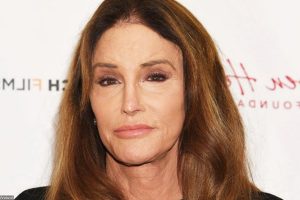 Stressing that she’s against illegal immigration, the former Olympic gold medalist declares that she will use state funds to ‘fill in the gaps’ at the border wall.

AceShowbiz –Caitlyn Jenner is back on the campaign trail. While making a stop at the U.S.-Mexico border in San Diego, the Republican candidate for California governor vowed that she will finish the southern border wall if she gets elected.

On Friday, August 13, the former “I Am Cait” star shared on Instagram a video of herself at the border. “As governor I will use state funds to close the gaps in our wall. Fun fact: Gavin Newsom has never even been to the border. Great day meeting with border patrol agents,” she penned alongside the footage.

Caitlyn went on to post a picture of her while talking to the press. In the accompanying message, she called out current governor Gavin Newsom by writing, “Visited the California / Mexico border to meet with the brave men and woman protecting our border. I will secure the border, finish the wall, and advocate for legal immigration! Can you believe our current governor has never even been here? Vote him out on September 14!”

Not stopping there, the father of Kendall Jenner and Kylie Jenner also slammed Gavin via Twitter. She argued, “At border now and people illegally entering! As governor I will finish the wall with the state funds! @GavinNewsom has failed us allowing illegal immigration to run rampant in our state.”

During her campaign, Caitlyn told the press that the crisis at the border is one of the main reasons she decided to run for governor. “I was laying in bed and I was watching what was happening at the border – people dying, drowning and kids in cages,” she said. “It was bad policies and bad outcomes.”

Caitlyn announced her intention to run for California governor back in April. At that time, she shared her official press release on Twitter and declared, “I’m in! California is worth fighting for.”